The competition begins on July 2. 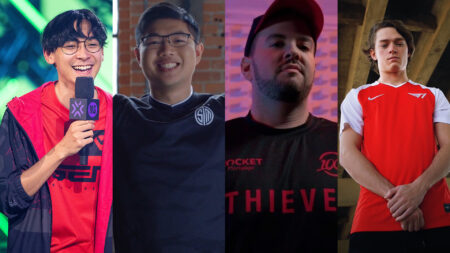 The road to VCT Stage 3 Masters Berlin begins with the VCT NA Stage 3 Challengers 1 Open Qualifier as the best teams from North America compete to advance to the next phase of the tournament.

What is the VCT NA Stage 3 Challengers 1 Open Qualifier?

The tournament is the start point for VCT North America Stage 3. The top 8 teams from the Open Qualifier will advance to the VCT NA Stage 3 Challengers 1 Main Event. From there, the top 4 squads will continue to the Challengers Playoffs.

The top 3 finishers from the Challengers Playoffs advance to VCT Stage 3 Masters Berlin.

The Open Qualifiers start on July 2, leading up to the top 16 on July 5, where the top eight teams will qualify for the Main Event. All times and days are in GMT+8.

Format of the Open Qualifier

The Open Qualifier follows a single-elimination format with all teams from top 32 to top 16 competing in best-of-three matches. Matches played before the top 32 will only be best-of-one matches.

Breeze will be added into the map pool for VCT Stage 3 and will be available during Challengers Week 1 Open Qualifiers for all regions.

Reigning VCT Stage 2 Masters Reykjavik champions Sentinels and Version1 have been given byes to Challengers Week 1 Open Qualifier Round of 32.

Valorant fans can watch the matches live on Valorant’s Twitch channel and YouTube.