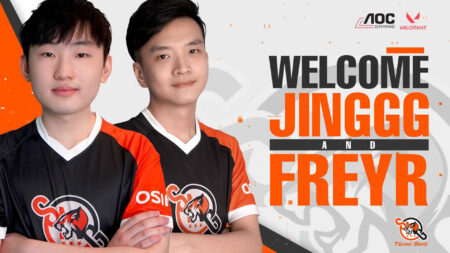 The squad’s player shuffle began on June 24, 2021, when their resident sentinel and site anchor specialist Javier “Egoist” Chua decided to step down from the team. The move opened up a spot in Team SMG’s Valorant roster.

Jinggg has been a duelist main since the start of his Valorant pro career, while Freyr has been playing the sentinel role.

The two players have been teammates since late last year when they both represented Reality Rift, until the organization decided to release its Valorant roster in March 2021. The two have continued to play together throughout the VCT Malaysia & Singapore Stage 2 competition.

The updated roster will be competing in the upcoming VCT Malaysia & Singapore Stage 3 Week 1 Qualifier on July 3. Qualified teams will advance to the Week 1 Playoffs with the top four teams continuing to Week 2 of the Playoffs.