Get ready for bang’s aggressive plays. 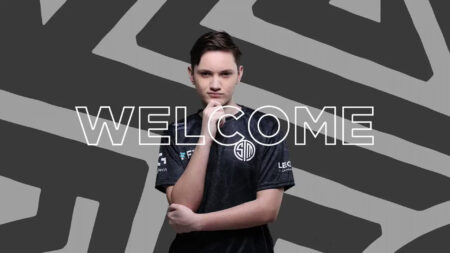 The 17-year-old player will replace Stephen “reltuC” Cutler, who was removed from the active lineup after TSM FTX’s Valorant roster was unable to qualify for VCT Stage 2 Masters Reykjavik.

The organization has made many roster changes in the last four months. The team originally signed Braxton “brax” Pierce as its sixth member last March.

TSM FTX then parted ways with their coach Taylor “Tailored” Broomall and replaced him with Chet, who previously coached NRG’s Valorant roster.

Before the start of the VCT NA Stage 3 Challengers Open Qualifiers, T1 reacquired Brax, which opened up a position for bang to join TSM FTX.

What does bang bring to TSM FTX’s Valorant roster?

In TSM’ FTXs announcement video, coach Chet explained how bang would improve TSM FTX’s Valorant roster and why he was a better fit than brax.

“We needed someone more aggressive. We needed someone young to help build up motivation. He brings in so much more, like comms, he talks a lot, he entries hard, and he has fresh ideas. Overall it was a better transition,” shared Chet.