The 3 best heroes to counter Alice

She is one of the most picked heroes in pro play. 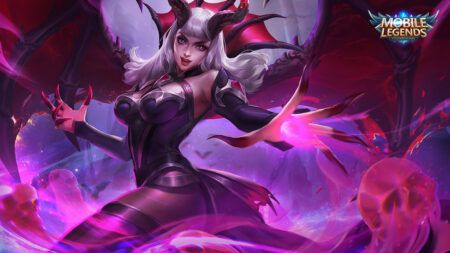 Alice is one of the strongest mages right now in ranked and pro play. She can teleport in and out of a team fight with Flowing Blood and set up clutch plays with Blood Awe.

Even the pros think highly of Alice. In the Mobile Legends: Bang Bang Professional League Philippines (MPH PH) Season 7, Alice is the third most picked hero so far, just below Granger and Benedetta.

So how does one shut down the Queen of Blood? Here are three heroes you can use against her.

Alpha is an excellent pick against Alice because of Beta, Advance! which deals true damage. Building a mix of offensive and defensive items on Alpha is enough to help you outplay Alice, even when her ultimate, Blood Ode, is toggled.

Plus, his ultimate Spear of Alpha allows him to go in and out of a team fight. This helps him greatly in fight or flight situations against a very mobile Alice player.

Why not counter a sustain-heavy hero with another hero that’s almost impossible to kill? That’s right, an expert Argus can shut down Alice in a heartbeat.

Argus is great at surviving extended team fights thanks to his kit, for he can cast Eternal Evil once his health drops to a critical level.

Against an Alice, Argus can bait her into using all of her abilities and still out damage her even when Blood Ode is active.

Moreover, Argus has a great gap closer in Demonic Grip, which can catch an Alice going out of a battle with Flowing Blood. One key reason why Alice is thriving in the current meta is the lack of players utilizing and understanding the immense potential of Argus.

Unlike Alpha and Argus, Harley brings a different playstyle. Harley is great if you want to burst Alice down quickly, as opposed to facing her head-on.

Many heroes can burst down Alice, but what makes Harley stand out is his passive, Magic Master, which lowers the magic defense of enemies he hits.

Top it all off with his ultimate, Deadly Magic, which deals a ton damage if you hit all of your Poker Trick cards, and bam! Alice won’t know what hit her. One Poker Trick-Deadly Magic combo from Harley at max level will instantaneously kill a beefy Alice at around 50% health.