At this juncture, crazier is their game. 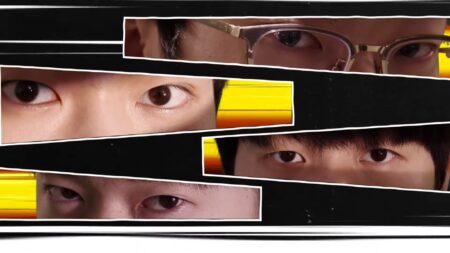 The LPL Spring 2022 Playoffs began on March 26, opening with Rare Atom versus Bilibili Gaming in Round 1.

The playoffs matches ran until Round 3 before they were first postponed to the first week of April. LPL then postponed the matches a second time to the second week of April due to the ongoing COVID-19 situation that resulted in Shanghai going into lockdown.

Starting from Round 4, first seed Victory Five and second seed Royal Never Give Up will compete against Top Esports and JD Gaming in a double elimination bracket.

The top 10 teams out of 17 from the 2022 LPL Spring regular season qualify for the playoffs.

Their standing at the end of the 2022 LPL regular season determines the round they are seeded into.

A king of the hill, single elimination format is adopted in the first three rounds. The tournament then heads into a double elimination quarterfinals and semifinals bracket in Round 4 and 5.

All matches are played in a best-of-five.

The winner of the LPL Spring 2022 Playoffs will represent the region at this year’s 2022 Mid-Season Invitational held in Busan, South Korea.

Watch the LPL livestream on its official Twitch and YouTube channels.

READ MORE: A single adjustment to JD Gaming’s draft was all it took in high stakes game 5