Young fan brings to life the most adorable Klee cosplay ever

“Hello, are you here for playtime with Klee?”

Genshin Impact’s Klee has captured the hearts of many players because of her adorable mannerisms, curiosity, and enthusiasm for bombs and anything that goes ka-boom. Some fans even wish Klee exists in real life!

A young Klee cosplayer came all out to show how the Pyro character would look like from Teyvat into the real world.

HoYoLAB user Madoka Kaname posted photos of her Klee cosplay, wearing the Mondstadt child’s iconic red outfit. She even has her randoseru bag with a fluffy Dodoco plush hanging from it.

The Klee cosplayer also brought with her an arsenal of Kaboom! bombs and Jumpy Dumpty grenades. 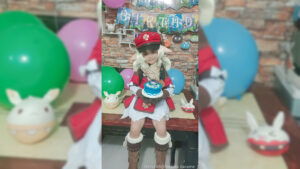 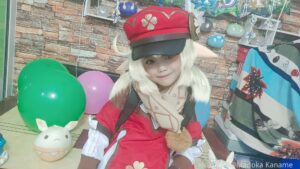 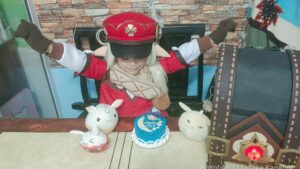 Naturally, the celebration wouldn’t be complete without the iconic Genshin Impact Year 1 cake, given to travelers on their special day.

This Klee cosplay is actually one of the entries for “The Promise of a Worldly Encounter” cosplay contest, where five lucky fans will win 6,000 Primogems and a pair of Apple Airpods.

The Spark Knight Klee remains to be one of the game’s most popular characters.

Players spent a whopping US$890,000 (CN¥5.76M) upon the release of Klee’s banner, according to an estimated sales graph by Chinese platform Chandashi (for iOS users in China).