This Genshin Impact Arataki Itto cosplay will make you thirsty

This is the way of the strong. In version 2.3, Genshin Impact revealed the newest addition to the Inazuma family, and his name was Arataki Itto.

With six-pack abs out in the open and a devilish smile, fans couldn’t help but swoon all over the Geo character. Professional cosplayer Taryn was especially quick to jump on the bandwagon and posted his amazing cosplay photos of Arataki Itto.

The cosplayer also added accessories, like spiked bracelets and chokers, and the character’s pair of red horns to complete his initial Arataki Itto cosplay.

“Itto is basically the character I was waiting for since Genshin Impact launched,” Taryn wrote on his Instagram post.

Here is a gallery of Taryn’s stunning Arataki Itto cosplay: 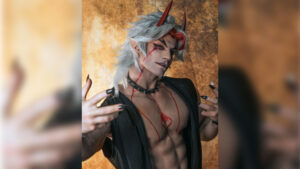 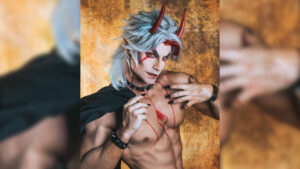 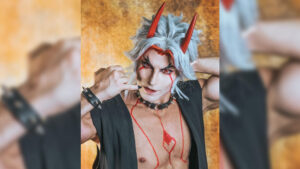 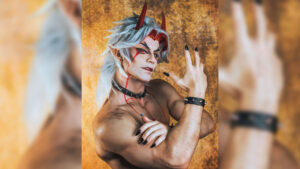 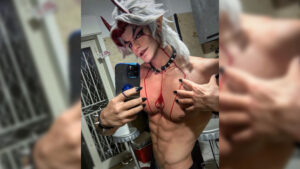 Later on, he posted the full version of his Itto cosplay, showcasing the crimson oni’s majestic physique, playfulness, and vanity in his more recent cosplay photos. 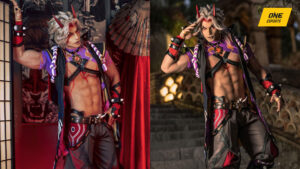 The cosplay’s light-haired wig and red headpiece remind us of Taryn’s Pentakill Viego cosplay, which is equally awesome as well.

Who is Arataki Itto in Genshin Impact?

Arataki Itto is known as the deputy of the Arataki gang. He has Oni blood running through his veins, hence the pair of red horns.

He is a 5-star Geo character who constantly causes mischief around Inazuma through his harmless pranks. He is close with Kuki Shinobu, the deputy of the Arataki gang, who handles all affairs of the Inazuman squad.