You are a Tarnished traveler! 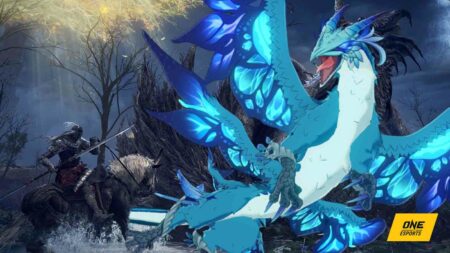 Ever since the meteoric rise of FromSoftware’s Souls franchise, players have used the iconic series as the standard for challenging games that feature notoriously difficult boss battles. The endless comparisons have even given rise to the oft-mocked phrase “it’s just like Dark Souls”, a generalized reference to the arduous nature of Souls-like games.

But FromSoftware’s latest release, Elden Ring, may be drawing from more than just Dark Souls. In fact, it looks like the developer picked up a few tricks from another hit RPG that I play, Genshin Impact.

After clocking countless hours on both games, I’ve come to realize that Elden Ring is just like Genshin Impact, and here’s why.

5 reasons why Elden Ring is exactly like Genshin Impact

5. You can die to seemingly harmless animals

Right off the bat, Elden Ring and Genshin Impact are both centered around detailed world-building. Elden Ring’s beginning location of Limgrave is akin to the lush valleys of Genshin’s Mondstadt, but one uncanny feature that they both share is the abundance of boars.

The boars in Genshin and Elden Ring provide useful items like meat and bones respectively, but don’t let their furry plumpness deceive you. Once you turn your back to them, these ruthless creatures are bound to charge at you and take off a nice chunk of your health.

While Teyvat’s boars are its only hostile animals, The Lands Between are home to other killer wildlife such as dogs, goats, and giant bats. The rams are so strong that the developers even created the Lightning Ram Ash of War, a skill that lets you roll into a ball and crush your enemies. It’s pretty metal.

4. Dragons exist to ruin your life

Dragons are a classic enemy type in fantasy RPGs, and it’s no surprise that Elden Ring and Genshin both feature insanely hard dragon battles.

After defeating the Tree Sentinel and Godrick the Grafted, I thought that Elden Ring’s bosses were quite manageable until I ran into my first dragon, Smarag. The towering creature can fly, call forth earthquakes, and even focus its fire on a specific character. That’s just like Stormterror, Genshin’s very own dragon.

Despite being completely optional, this dragon battle was worth my squad’s efforts. It was a test of true strength for a lowly Tarnished. In a similar vein, Stormterror is the first important Genshin boss that you must conquer to expand the world map and answer your calling as a traveler.

3. Xingqiu’s elemental burst is an actual Ash of War in Elden Ring

While the two titles do borrow from the folklore surrounding knights and samurai, FromSoftware managed to design an Ash of War skill that looks and works exactly like Xingqiu’s C1 Raincutter.

Just like Raincutter, Glintblade Phalanx summons four magical blue swords that hover around your character and attack opponents. What’s more, both skills have defensive properties that cause the swords to break upon enemy contact.

Coincidence? I think not.

2. You need to farm a lot to make your character good

The two RPG titles also have intricate economic systems for leveling up characters, equipment, and weapons.

In the FromSoftware game, players primarily earn Runes, the in-game currency, by defeating enemies and bosses. An average boss would reward you with around 10,000 to 20,000 runes, but here’s where things get complicated.

The amount of Runes needed to upgrade a character’s stats exponentially grows, starting with a reasonable cost of 673 at level 1 to a whopping 13,435 at my current level of 47. Bear in mind that you can only upgrade one of eight stats per level so every purchase is an investment.

Furthermore, Elden Ring’s best weapons like the Moonveil Katana require oddly specific stats. Despite being a weapon meant for a Dexterity-based samurai build, it requires 23 Intelligence, a stat mostly used by magic users. I made the rookie mistake of putting all my Runes into Vigor and Dexterity, and had to farm for days on end to reach the Moonveil’s requirement.

The character leveling system in Genshin Impact is a similar grind, pushing players to stock up on rare gems, common enemy drops, boss items, and XP materials. This doesn’t even include the upgrades for artifacts, weapons, and talents, which also contribute to a character’s power.

At the end of the day, both games share the philosophy that succeeding in battle requires more than just endurance, strength, and bravery. Resource management is the most important skill for those who want to become the ultimate warrior.

As my first Souls game, Elden Ring’s gameplay was quite daunting at first, but everything started to click once I met players who had already braved the red skies of Caelid and the blizzards of the Mountaintops. Instead of fearing every enemy with a named health bar, I finally had the courage to fight dragons and slay giants in a Tarnished troop.

Throughout the clutch heals, epic combos, and the frustrating experience of getting one-shot, HoYoverse and FromSoftware have both created unique worlds that are best explored with a few friends.