This teapot comes with a whole new realm. The Serenitea Pot is basically Genshin’s housing system, tucked inside a teapot, a similar concept to Madame Ping’s teapot in the Archon Quest Chapter I: Act II – Farewell, the Archaic Lord.

Since its release, a lot of players have gotten creative with their in-game homes. One player recreated Netflix’s Squid Game inside their realm, with Klee as the killer doll. Another player used the Serenitea Pot to propose to his fiancé, spelling out the words “Will you be my waifu?” using hedges and bushes in the game.

For new players, unlocking the housing feature is just a few clicks away. Here’s a handy guide on the magical teapot, including its quest, location, and realms.

Here are the requirements to unlock your very own Serenitea Pot:

A Teapot to Call Home quest

You have to compete the Serenitea Pot World Quest called “A Teapot to Call Home” in order to unlock and start designing your own realm.

Here are the steps to follow to complete the quest:

After finishing the quest, you should receive the Serenitea Pot gadget from Madame Ping.

Go to your inventory’s gadgets tab, click the Serenitea Pot item, and hit the “Place” button. The magical teapot will then appear before you and you can select the “Enter the Serenitea Pot” option to load the housing feature.

The teapot can be accessed in almost any location, as long as the player places it on a valid surface. 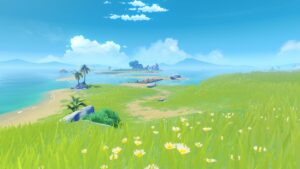 There are four different realms to choose from:

READ MORE: I’m by far the luckiest player in Genshin and here’s why