And that’s Genshin with a G. 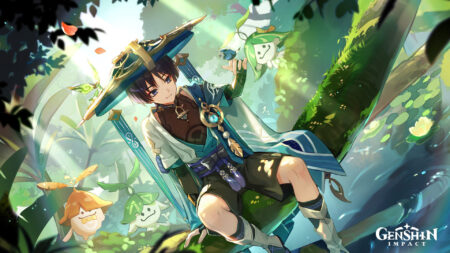 Genshin won the Players’ Voice award by a landslide, a special category where fans voted in three rounds of polls.

Genshin bested triple-A games like God of War Ragnarok, Stray, and Elden Ring, which took home the Game of the Year award. Throughout the voting stage, Genshin and Sonic Frontiers were practically tied neck and neck.

To give back to travelers who helped in getting the award, HoYoverse is giving away 800 free Primogems to every player.

You will receive in-game mail that contains 200 Primogems each day from December 10 to 13.

In addition to receiving the Players’ Voice award, Genshin was also nominated for Best Mobile Game and Best Ongoing categories. Genshin Impact is known for its anime-like art style and gacha system. The game was released in 2020, and earned US$3 billion in its first year alone.

Find out how to play and win Genshin’s card game, where to buy the Samsung Galaxy Ganyu smartphone, and why you should be building Catalyze teams with Dendro.