Melt users, are you aggravated yet? Dendro’s Catalyze reaction works exclusively with Electro and increases the damage output of both elements, making it a must-try for players who already have characters like Raiden Shogun and Yae Miko.

Here’s a quick breakdown of how Catalyze works and its attributes, and a few sample teams that utilize the reaction well.

Explanation of the Catalyze reaction

The Catalyze (Dendro + Electro) reaction works somewhat like the Melt and Vaporize elemental reactions. While Melt/Vaporize amplify damage by a multiplier, Catalyze adds a flat damage bonus to your Dendro and Electro attacks on Quickened targets.

Once an opponent has the Quicken aura, visually indicated by the bright yellow sparks around the target, you can access the second set of reactions, Aggravate and Spread.

What’s so special about it?

The main difference between Catalyze and Melt/Vaporize is how the elements are applied.

For Catalyze, the Quicken aura is not consumed by Spread and Aggravate, giving players a certain duration where they can proc either of the extended reactions consecutively.

Keep in mind that if the Quickened target comes into contact with either Pyro or Hydro, it will consume the aura and trigger Burning or Bloom respectively. 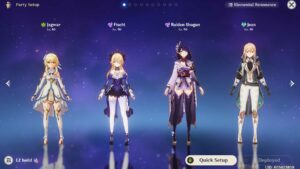 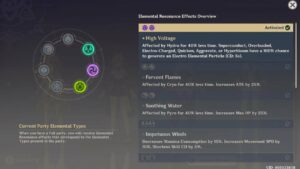 Catalyze now puts the spotlight on Electro characters like Yae Miko, Fischl, and Keqing, who consistently apply Electro with their attacks.

We suggest that you deploy the Dendro Traveler alongside an Electro duo for the High Voltage resonance effect, which gives you a 100% chance of generating Electro particles whenever an Electro-related reaction occurs.

The Dendro Traveler’s burst is an efficient way of applying Dendro on the battlefield. It has a 12-second duration which gives you enough time to switch to your Electro characters and apply Quicken and Aggravate.

The fourth slot can be either a healer like Jean or a support DPS like Sucrose to increase your team’s overall damage output.