5 esports facts that will blow your mind

Did you know the first esports tournament took place 48 years ago? 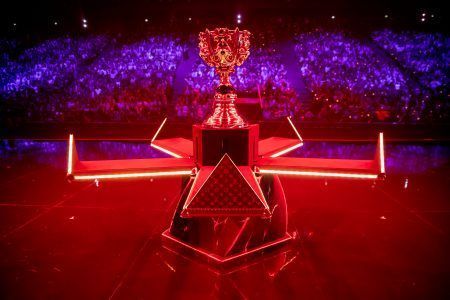 Esports is one of the fastest-growing industries in the world.

Last year, we witnessed some incredible milestones in esports: Arslan “Arslan Ash” Siddique became the first Pakistani player to win Evo, and the first player to ever win Evo and Evo Japan in the same year, doing both in his debut. And a 16-year old became an esports multi-millionaire when Kyle “Bugha” Giersdorf won the Fortnite World Cup.

Not incredible enough? Here are five more esports facts that will blow your mind.

The International 2019 holds the record for the biggest prize pool in esports.

Valve’s annual tournament The International (TI) offered the highest prize pool for professional Dota 2 players last year at a whopping US$34.3 million Keeping up with the game’s tradition throughout the years, the prize pool was crowdfunded by its players and fans.

Winners, OG, won US$16 million, or US$3.1 million for each of the five members of the team. To put that in perspective, that’s more than the US$3 million that Novak Djokovic took home for winning Wimbledon.

Arguably the birth of esports took place on October 19, 1972, when Stanford University held the Intergalactic Spacewar Olympics for the game, Spacewar, on the PDP-1 computer.

The tournament had three categories: Free for all, Team Competition, and Single Competition.

With Stanford students as participants, Bruce Baumgart went home with the Free For All championship title, and the top prize, a year’s subscription to Rolling Stone magazine.

The 2019 League of Legends World Championship Grand Finals had more viewers than this year’s Super Bowl.

On the other hand, 98.8 million viewers tuned in to watch the 2020 NFL Super Bowl as the Kansa City Chiefs beat the San Francisco 49ers.

Daigo “The Beast” Umehara owns two Guinness World Records, has five published books, and is the star of his own manga.

Many people consider Daigo Umehara the G.O.A.T. of fighting games. His 25-year career includes six Evo titles and two Guinness World Records, one which he shares with Justin Wong for the “Most Viewed Fighting Videogame” for their Street Fighter III: 3rd Strike at Evo 2004 a.k.a Evo moment 37, and another for the “Most Consecutive Tournament Wins” which currently stands at 15.

The Beast has also published five books, and is even the star of his own manga, titled “Umehara FIGHTING GAMERS!”, which is a dramatized depiction of Daigo’s life as a young participant in the Street Fighter arcade scene.

There’s a professional Counter-Strike whose members are all over 60.

The Silver Snipers are living proof that gaming is for everyone, regardless of gender, race, or in this case, age.

This Counter-Strike team is composed of five senior citizens with an age range from 64 to76 years old. Hailing from Sweden, the Silver Snipers have already bagged the Seniors World Cup beating countries Finland, USA, and Germany.

“Our big goal is, of course, to show people that gaming is for everyone and that if we can, so can you!” said BirDie in an interview.