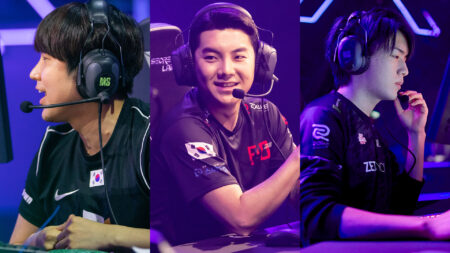 The VCT APAC Last Chance Qualifier will be the final tournament for teams in Asia looking to join the Valorant Champions 2021 event at the end of this year.

Vision Strikers, Crazy Raccoon, X10 Esports, and Team Secret have all qualified for Valorant Champions 2021 after finishing with the highest VCT 2021 circuit points in their respective regions.

Teams that don’t have enough VCT 2021 circuit points will have to wait for the next VCT 2022 season to compete. With that, here’s everything you need to know about the VCT APAC Last Chance Qualifier.

The event is an invite-only 10-team online tournament where the winner will walk away with a ticket to the Valorant Champions 2021 competition.

To be invited, teams need to have earned enough circuit points in the VCT tournament season.

The top eight Asian teams that haven’t qualified for Valorant Champions 2021 will be the participants of the Last Chance Qualifier.

10 teams will be competing in a double-elimination tournament. The winner will qualify for the Valorant Champions 2021 tournament.

All matches will be best-of-three, except for the Grand Final, which will be a best-of-five.

These are the eight teams that have earned enough points to join the Last Chance Qualifier.

Riot Games has updated the team allocation of the VCT APAC Last Chance Qualifier due to logistical issues that could impact the overall competitive integrity of the tournament.

China’s two slots have been redistributed to other regions, along with the departure of the Japanese team, Zeta Division, who requested to withdraw from the competition.

Where to watch the VCT APAC Last Chance Qualifier

Valorant fans can watch the matches live on the following regional broadcast channels: