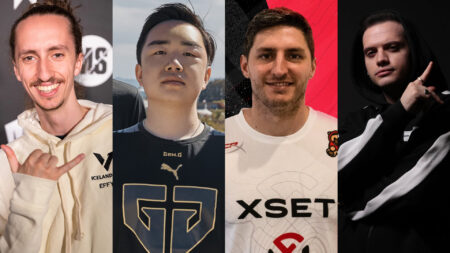 Riot Games’ VCT NA Last Chance Qualifier will make its return on October 27, 2021 (Wednesday). The tournament will be switching to an online format similar to the previous VCT competitions from Stage 1 and 2.

The VCT NA LCQ was set to take place as a live offline event in Los Angeles, California with matches played on LAN from October 13 to 18. However, the event was postponed after its first day due to several conflicting COVID-19 test results from different players.

On October 14, FaZe Clan players Andrej “babybay” Francisty and Corey “Corey” Nigra had tested positive for COVID-19, and were unable to play on the VCT NA LCQ’s main stage due to Los Angeles County’s health guidelines.

Rise’ Ryan “Shanks” Ngo also tested positive for COVID-19 and was asked to play from his hotel room while his teammates competed on the main stage. Rise decided not to play their match against FaZe Clan without Shanks on the main stage, which stopped the tournament from proceeding.

VCT NA LCQ‘s bracket remains with 100 Thieves as the front runners. They narrowly grasped victory with 2-1 wins over Gen.G Esports and XSET on the first day of VCT NA LCQ.

The competition will continue on October 28, 2021, with FaZe Clan facing off against Rise, and Cloud9 battling Version1 in an upper bracket doubleheader where the victors will then face each other.

All eight teams are still in the running to qualify for Valorant Champions, Riot Games’ first-ever Valorant world championship set to take place on December 1, 2021.

The winner of the VCT NA Last Chance Qualifier will join Sentinels and Envy as North America’s representatives at Valorant Champions.