Sentinels slammed the brakes on FaZe. 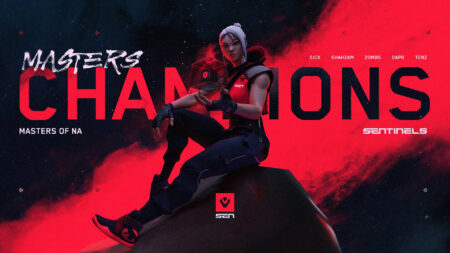 Out of all the teams competing in Valorant Masters, no team has dominated more than Sentinels, who won the North American crown by defeating FaZe Clan 3-0 in the grand final.

Prior to the start of the tournament, the spotlight was directly on Sentinels and its superstar stand-in player, Tyson “TenZ” Ngo. Considered to be one of the best players in the world, TenZ returned to professional Valorant just a few days before North America’s biggest tournament was set to take place.

Without any practice together before the competition, TenZ and the rest of Sentinels dominated the North American region, going 9-1 in their Valorant Masters run. On top of that, Sentinels found a way to shut down FaZe Clan’s smeaging strategy — a tactic that caught North America’s best teams by surprise.

Sentinels effectively countered FaZe Clan’s all-out aggression with their own aggressive plays at the start of each round. As a result, FaZe Clan was unable to take map control and Sentinels learned everything they needed to know on where to position themselves to win rounds.

With the momentum Sentinels gained from winning the first map on Ascent 13-11, FaZe Clan was unable to keep up with their grand finals opponents in the next two games. Sentinels dominated the following two games winning 13-7 on Bind, then 13-4 on Haven.

Sentinel’s first place finish earned them US$60,000, along with 100 Valorant Champions Tour circuit points which puts them in prime position to qualify for Riot’s Global Championship at the end of the year.