ShahZaM confirms he will take over the Jett role. 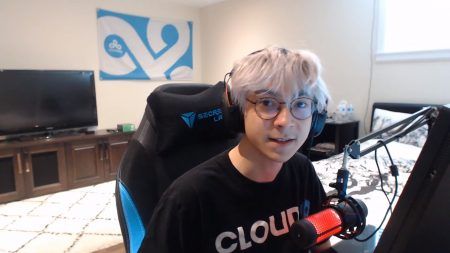 Sentinels have officially confirmed that Tyson “TenZ” Ngo will be their stand-in player for the first Valorant Masters event in North America.

In TenZ’ stream today, he explained that Cloud9 has agreed to loan him to Sentinels. TenZ is required to represent Sentinels for the duration of the first Valorant Masters NA tournament in compliance with Riot’s competitive ruling. TenZ is expected to return to Cloud9 after the tournament.

TenZ has also revealed on his stream that Sentinels’ in-game leader, Shahzeeb “ShahZaM” Khan, informed him that he is going to take over the Jett role for the team. However, TenZ believes he could fill in any duelist agent role for Sentinels.

TenZ took a break from professional Valorant earlier this year after he stepped down from Cloud9’s active Valorant roster. Instead, TenZ spent his time producing more content on his Twitch and YouTube channels.

TenZ’s Sentinels debut will take place this Saturday on March 13 at 4:00 a.m. GMT+8 against Immortals in the upper bracket quarterfinals of the Valorant Masters NA tournament. Fans can watch the match live on Riot’s official Twitch and YouTube channels.

READ MORE: TenZ proves you can still run and gun in Valorant even after the moving accuracy nerfs