You need to see this Jett player. 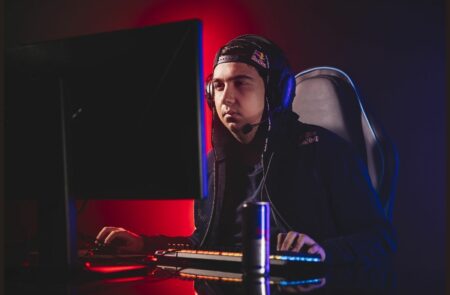 With a jaw-dropping victory against Heretics in the first stage of Valorant Masters EU, all eyes are on the EU’s newest champions, Acend — and in particular, their top duelist, cNed.

Mehmet Yağız “cNed” İpek has been turning heads in the Valorant scene for his incredible plays on Jett. Whether it’s getting high-value kills or Updrafting into ridiculous angles to snipe with a Bladestorm, cNed on Jett is one of the best things we’ve seen on the Valorant Champions Tour so far.

Casters and analysts alike have been floored by the EU’s latest superstar player, commending his mastery of the Valorant agent. cNed has shown true mastery of Jett’s skills, using Updraft to put himself in expected angles and open games with wicked fast entry frags that are reminiscent of hyper-aggressive North American playstyles. Gen.G’s Sean Gares has called cNed the “best Jett in the world right now,” and he even has Shroud impressed by his plays.

cNed earned an overwhelming majority of the votes of the MVP of the week for the Valorant Champions Tour EU, with 94% of audience votes. His teammates say that all the praise is on point.

“cNed is someone that enjoys the game so much,” says Acend’s in-game leader Koldamenta tells ONE Esports in a post-game interview. “Every game we play, it doesn’t matter what the result is, it feels like he’s just having fun. He’s like a fish in water, he’s in his natural world.”

Acend’s BONECOLD jokes, “We’ve asked him many times what he eats for breakfast, but he doesn’t tell us!”

cNed remains humble amidst all the attention and remains motivated. “I love to play games and I’m just trying to do my best,” he tells ONE Esports. “I want to make history in Valorant, so I’m trying my best to do that.”

As for whether he could take on fellow Jett players in North America, like FaZe’s Babybay and Sentinels TenZ, cNed admits that he can’t really say.

“I can’t say anything because I don’t know how they play,” cNed says. “I haven’t seen their matches yet, to be honest. We’ll need to see what happens at a LAN event. But why not?”