What is smeaging and why is it the hottest new strat in pro Valorant?

“The anti-CS:GO strat, with a dash of Overwatch dive.” 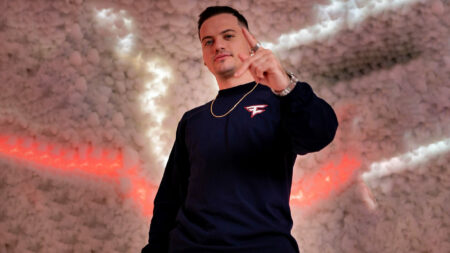 FaZe Clan’s Valorant roster in 2021 was one of the most exciting teams in the Valorant Champions Tour.

The team that’s as mostly made up of former Overwatch players developed a hyper-aggressive playstyle that hit opponents hard and fast.

They became notorious for making unexpected plays that their style now has its name: smeaging.

The term, popularized by Andrej “babybay” Francisty, describes bulldozing through a site, whether on attack or defense.

According to babybay, smeaging is when you just don’t care and run onto a site, giving it your all. It’s what makes FaZe’s matches heart-stopping and chaotic, with few teams able to out-smeag them.

Babybay himself has been the poster boy of the strategy, with quick and seemingly careless rushes into the site as Jett, trying to get as much frags as possible before getting caught.

TSM streamer Ali “Myth” Kabbani talked about how much of an instinctive player babybay is, and how the thought of going up against Faze’s smeags makes him shift uncomfortably in his seat.

“Babybay is wild,” said Myth in a pre-game interview for Stage 1 Masters North America. “I think FaZe might be the hottest team in the tournament. I would not want to play against this team.”

Smeaging is also used defensively by FaZe, usually pushing out of a site to take the fight straight to the attackers.

FaZe’s smeag strategy is also further refined by Coach Trippy, who says that it is their “anti-CS:GO” strategy, with a dash of Overwatch’s dive meta.

With Trippy onboard, the team said that they now run more “sophisticated smeags.” In a post-match interview during Stage 1 Masters North America, FaZe’s ZachaREEE mentioned how the team now has a bit more foresight before smeaging, thanks to Trippy.

“It’s like ‘Hey, do they have a crazy ult that they could win the round in the first five seconds? Alright, slow it down,” he said. “If not, we can take that fast pace that we like to do.”

There also seems to be substantial evidence that the word smeaging can trace its etymological roots to Smeagol from the Lord of the Rings. Coach Trippy has admitted to being quite addicted to the fantasy trilogy and mentioned his fandom manifesting in Valorant.

The Lord of the Smeags himself Babybay has also taken the meme to a new level by streaming his smeags as… well, Smeagol.

Despite the meme-y strategy, smeaging has served FaZe Clan well in the tournament scene and strikes fear into the hearts of many. Analysts have said that FaZe Clan does wonders with it and although teams will try to smeag back, they don’t do it as well as FaZe does. The North American squad has fully embraced smeaging and if they keep performing at this level, they’re likely to smeag their way into Champions.