Get set for two days of dream matches. 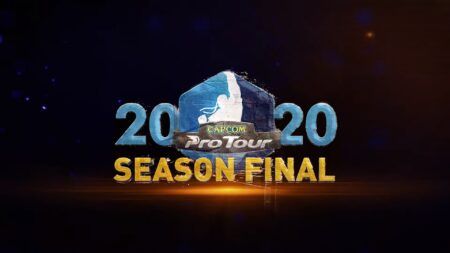 After reworking last year’s CPT into 20 regional Capcom Pro Tour online qualifiers for the rescheduled Capcom Cup 2020, the growing number of COVID-10 cases around the world has forced Capcom to officially cancel the tournament once and for all.

Instead, Capcom will replace it with a series of regional matches called the CPT 2020 Season Final. The event will feature the 20 players who originally qualified for Capcom Cup, along with additional invitees, who will be battling it out in 12 one-on-one sets to be played in their respective regions.

Fighting game fans around the world are understandably disappointed by the cancellation of the tournament as this year’s Capcom Cup would have featured a number of interesting storylines, including the resurgence of Street Fighter legend Daigo “The Beast” Umehara. While he’s been on an incredible run, Capcom Cup is the tournament that has escaped Daigo’s grasp throughout his illustrious career. Daigo came close in 2015, but was defeated by Ryota “Kazunoko” Inoue in the grand final.

Be sure to tune into the European region’s Season Final, which features Oliver “Luffy” Hay and Arman “Phenom” Hanjani. Luffy is a R.Mika specialist who was voted in by the fans via the Community Vote; while Phenom was one of the first players to qualify for the tournament with a stellar Necalli performance.

There’s also the exciting match between rising North American West contenders Alan “Nephew” Sun and Miky “Samurai” Chea. Nephew is a Kolin main, best known as Victor “Punk” Woodley’s roommate and longtime training partner. Samurai, on the other hand, is an Akuma player who has risen through the ranks of Capcom’s Street Fighter League.

The second day of the Season Final is filled with amazing matches from start to finish. Central America will feature a match between 2017 Capcom Cup champion Saul Leonardo “Mena RD” Mena II and Cristopher “Caba” Rodriguez. The two had actually faced off in the first CA qualifier with Mena RD winning the set 3-2.

Next, we have the battle between the bird best friends, Amjad “AngryBird” Alshalabi and Adel “Big Bird” Anouche from the Europe/Middle East region. These two actually train together on a regular basis and mirror the iconic rivalry between Ryu and Ken, friends who are also fierce competitors.

After that, the Southeast Asian Season Final will feature two Singaporeans in Kun “Xian” Ho and Niel “SKZ” Chong, who didn’t match up against one another in the qualifiers.

Finally, Street Fighter legend Daigo “The Beast” Umehara will be facing off against 2018 Capcom Cup champion Kanamori “Gachikun” Tsunehiro. The two previously played against each other during the Japanese Esports Grand Prix last year, where Gachikun defeated Daigo 2-1.

During an interview with ONE Esports after the event, Gachikun said he wanted to go up against Daigo after watching him dominate the first CPT East Asia qualifier. Gachikun now has another chance at taking down the legend.

The CPT 2020 Season Final is set to take place on February 20 to 21. It will be live-streamed on Capcom’s official Twitch, YouTube, and Facebook pages beginning at 8:00 p.m. GMT+8.

READ MORE: Daigo was blown away by this young Street Fighter prodigy’s talent