Daigo might be 39 years old, but he still has the same reactions since he started competing in 1997. 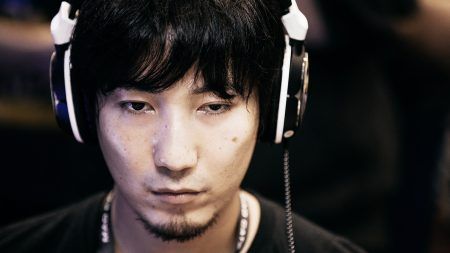 Against all the odds, Daigo Umehara has won the most stacked Street Fighter V: Champion Edition tournament this year.

The Capcom Cup Asia East online qualifier had a total of 347 entrants, including the who’s who of the Japanese and South Korean competitive gaming scene.

What most SFV:CE fans often overlook, however, is that Daigo is 39 years old. His consistency when it comes to performing in high calibur tournaments has not wavered since he burst into the fighting game scene. Despite the tournament being held online, this win will be added to his illustrious Street Fighter legacy.

Leading up to the grand final, Daigo defeated fellow Street Fighter God, Tokido in the winners’ semifinal. He then swept Hyungsuk “Verloreen” Kong, who was destroying players left and right with his Cammy. But, after two days of top tier competition, it was his Team Beast squadmate, Keita “Fuudo” Ai who faced him in the grand final.

Daigo had a great start to the set by going hyper aggressive with his Guile and preventing Fuudo from staying in his comfort zone with Poison. But, after dropping a long V-Trigger combo in the corner by miscalculating the stun scaling on his opponent, Daigo missed his Critical Art finisher. This allowed Fuudo to clutch out the round, and take all the momentum away from Daigo.

After capitalizing on his opponent’s dropped combo, Fuudo picked up on Daigo’s surprise dash-in attacks and punished them accordingly.

Almost every round went down the wire, with both players on a pixel of health left. But it was Daigo’s years of experience that gave him an edge against Fuudo. During a critical round in the set, Daigo showed great patience and waited on the perfect opportunity to land a counter low jab into Sonic Boom, which ultimately won him the round and prevented Fuudo from taking a 2-1 lead.

Each round continued to produce high-level action from both players. Fuudo attempted an offensive round, which was heavily punished and gave Daigo his most convincing round win of the set. Fuudo switched back to playing reactively, going for long range attacks and waiting for Daigo to overextend, which pushed the set to the final game.

The final round of the tournament showcased Daigo playing the perfect Guile round against Fuudo. First, he established his range and prevented Fuudo from moving forward or applying any type of pressure. Daigo then caught Fuudo with a Critical Art anti-air punish that ended the tournament.

By winning the Capcom Cup East Asia online qualifier, Daigo will continue his Capcom Cup tournament appearance streak, which has been ongoing since Capcom started the Capcom Pro Tour in 2014.