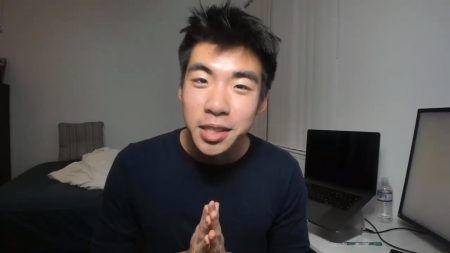 Some SFV fans might not know, but Nephew is the long-time training partner and roommate of 2019 Capcom Cup runner up, Victor “Punk” Woodley. Both players entered the tournament, but it was Nephew who seized his moment.

Prior to winning the CPT NA West 1 online qualifier, Nephew’s biggest tournament victory was back in 2018, when he defeated Du “NuckleDu” Dang in the Winter Brawl grand final. But due to the current state of the FGC scene because of the COVID-19 pandemic, all tournaments are now played online, which gave Nephew the perfect opportunity to showcase his online warrior skills against the best players in North America.

During the last day of competition, Nephew was dropped to the lower bracket by Miky “Samurai” Chea in a thrilling best-of-three set. Nephew then put together an impressive lower bracket run by eliminating Darryl “Snake Eyez” Lewis, Jonathan “JB” Bautista, and Gustavo “801 Strider” Romero, which gave him another shot at defeating Samurai in the grand final.

After the reset, Samurai decided to use more ground and air fireballs that kept Nephew at bay. In response, Nephew started using more ex-Silver Edges to go through and pin Samurai in the corner where he did most of his damage.

Another interesting event that took place during Top 8 was the act of sportsmanship by Nephew and Punk towards Samurai.

According to CPT commentator James Chen, during the final day of competition, there was a thunderstorm in Northern California that caused power outages for some of the tournament competitors, including Samurai. Instead of letting their opponent forfeit, Nephew and Punk invited Samurai to where they were and let him play out the rest of the tournament in their apartment.