Gachikun: ‘We should never lose the feeling of being a challenger’

The Capcom Cup 2018 champ talks shop with ONE Esports. 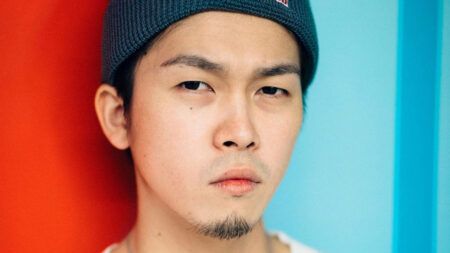 Despite being a Capcom Cup champion, Japanese pro, Tsunehiro “gachikun” Kanamori, might be the most underrated Street Fighter pro around today.

Even after finding success at the highest level, Gachikun doesn’t enjoy the same star power in the US and Europe as other top Japanese pros like Daigo “The Beast” Umehara, Hajime “Tokido” Taniguchi, or Masato “Bonchan” Takahashi largely due to the fact that he only started attending tournaments outside of Japan in 2017.

You’d be foolish to underestimate him, however, as is arguably the best Rashid in the world, and should always be considered one of the favorites for any tournament he enters, including this year’s Capcom Cup, which he just qualified for after winning a stacked CPT East Asia 2 Qualifier.

ONE Esports caught up with Gachikun at JeSU’s Japanese Esports Grand Prix, where he finished second to ask him about preparing for tournaments and his views on the current state of the Capcom Pro Tour.

Leading up to the JeGP, Gachikun was focused on practicing the Rashid mirror match, due to the number of strong players who use the same character in his region.

“I was practicing combinations against Rasheed, who is actually a character I’m not good at playing against,” said Gachikun. “So I wanted to be prepared to match up against players who use that character.”

Gachikun’s training definitely paid off, as he defeated both Ryota “John Takeuchi” Takeuchi and Naoki “moke” Nakayama in the quarterfinals, cementing his position as Japan’s best Rashid.

“I also wanted to play against Mr. Umehara, who won the CPT Asia Qualifiers with his outstanding performance this year,” continued Gachikun. “I was looking forward to seeing what would happen if I bumped into him.”

Gachikun got his wish in the lower bracket semifinal, where he defeated Daigo, 2-1, eliminating him from the tournament.

In the grand final, Gachikun faced Keita “Fuudo” Ai, eventually losing 1-2. Even going into the match, Gachikun says he knew Fuudo would be a tough matchup.

“One of the players I thought would be difficult to beat was Mr. Fuudo. Originally, I decided to use my favorite counterattacking playstyle but during the qualifiers, I went with it and lost badly. So, in the finals, I chose to switch it up,” explained Gachikun.

“In the first game, my opponent was also taken aback, which gained me some momentum, but the truth is I couldn’t play as accurately as I wanted because I wasn’t accustomed to this style. And the situation was handled well by my opponent, so I lost. I felt like it was due to my own decisions.”

After his defeat, Gachikun offered up some praise for Fuudo:

“Fuudo’s strength as a player is that he maximizes the capabilities of any character he plays. And when he plays a character high on the SFV tier list, we end up playing to his strengths,” said Gachikun. “In order to go toe-to-toe with Fuudo, you end up using so much of your resources such as ex-moves and V-reversal, so I feel like we shouldn’t fall prey to that.”

With all major offline tournaments cancelled this year due to the COVID-19 pandemic and Capcom forced to hold online qualifiers for the Capcom Cup 2020, many pros have been vocal in their dislike for online play. Gachikun, however, remains positive as ever and was actually relieved when Capcom finally announced the online qualifiers.

“I thought there wouldn’t be a CPT at all this year,” said Gachikun. “And, while most players were worried about feeling motivated to compete, I was actually relieved that they decided to hold it online.”

He did, however, acknowledge the difficulties of playing online.

“I think the most difficult thing about playing online is lag. There is usually lag in online competitions, so I think that it is important to know how to deal with it in our own ways. I would want to give it my best to win in any given situation without feeling disheartened.”

Looking ahead to the Capcom Cup 2020, Gachikun said, “When I played during Capcom Cup 2019, there was a lot of pressure. But this year, I don’t really think about that anymore. In fact, as the level of play goes up each year, I haven’t actually felt any particular sort of pressure, since I’ve realized time and again that we should never lose the feeling of being a challenger.”

Just three qualifying events are left for the Capcom Cup 2020 in China, North America West, and Australia. The actual tournament is scheduled to take place in 2021.