Don’t you dare miss it! This is the moment all Mobile Legends: Bang Bang fans in the Philippines have been waiting for.

The Mobile Legends: Bang Bang Professional League Philippines Season 9 (MPL PH Season 9) is just a few hours away. Eight of the best teams in the country will now take on the challenge to become the first-ever MLBB champion in the Philippines this year.

This season, Blacklist International will defend its back-to-back championships as they face new and improved teams in the region. Don’t forget to mark your calendars for three of these must-watch matches in the first week. There’s no doubt that the matchup between Nexplay EVOS and RSG PH will garner the most views this week, as both teams have some of the most dedicated fans in the league.

Both teams are also considered to be on-par with each other in terms of experience and playstyle this season. Last MPL PH Season 8, they met three times in the regular season and playoffs, where RSG PH wasn’t able to claim one win from Nexplay EVOS.

RSG PH now has two TNC standouts in their roster, Clarense “Kousei” Camilo and Dylan “Light” Catipon. On the other hand, Nexplay EVOS absorbed the whole of AP Esports, which already made a name for themselves after their exceptional performance at the MLBB Sibol Qualifiers.

Catch the fight between Nexplay EVOS and RSG PH on February 19, 4 p.m. GMT+8. 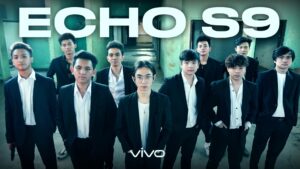 ECHO‘s star-studded lineup will be put to the test when they face a revamped Bren Esports in the first week of MPL PH Season 9.

What makes this match worth watching is Karl “KarlTzy” Nepomuceno facing his other Tzy brother, David Charles “FlapTzy” Canon, for the first time on the big stage.

This will also be the first time we’ll see the promising rookies of Bren Esports, who were from amateur team ArkAngel, prove once and for all that they have what it takes to compete with some of the best from the region. The first match of MPL PH Season 9 will immediately be one for the books.

Catch both these juggernauts clash in the Land of Dawn on February 18, 6 p.m. GMT+8.