The name will make you better in Mobile Legends! 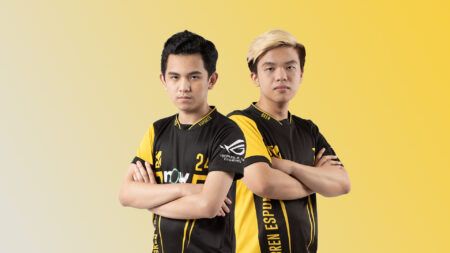 Fresh off of their explosive performance at the M2 World Championship, David Charles “FlapTzy” Canon and Karl Gabriel “KarlTzy” Nepomuceno are back in the competitive grind with the rest of Bren Esports, as MPL PH Season 7 begins this weekend.

With these two on their roster, Bren Esports have shot to the top of the MLBB world rankings. Karl and Flap are still in their mid-teens, but the two MLBB prodigies already have several accomplishments under their belts – and they’re just beginning their careers.

Today, the boys have a fanbase that goes beyond the Philippines, with players everywhere adding “Tzy” to their IGN. What started as a simple suggestion to make Karl’s name more catchy has become a community of Tzy’s in MLBB.

“That name’s going to make you better in ML!” promises KarlTzy.

ONE Esports recently sat down with the boys, to learn about the origin story of their partnership, how they took on the Tzy title, and the rise of Tzy Nation.