Team Aster and Invictus Gaming test negative for COVID-19, will play on stage 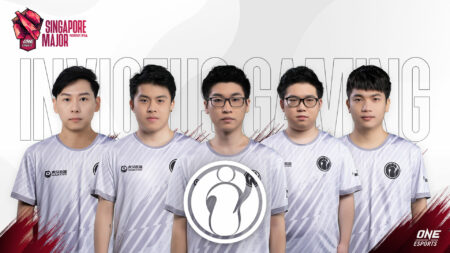 The International 10 (TI10) group stage has concluded and 16 teams have advanced to the playoffs. These qualifying teams will play the rest of the tournament in Arena Națională for the main event.

Members of Team Aster and Invictus Gaming had previously tested positive for COVID-19 at the end of September, and Valve announced that teams can play online from their practice areas if necessary.

The latest update from both teams is that all their members have tested negative for COVID-19, which gives them the green light to enter the stage for the main event.

Invictus Gaming will attend the playoffs in Arena Națională

Invictus Gaming announced on September 30 that their offlaner Thiay “JT-” Jun Wen, has tested positive for COVID-19. JT- underwent self-isolation from the rest of the team while they tested negative for the virus.

Most recently, after two days of testing negative for COVID-19, all members of Invictus Gaming are cleared, and announced on Twitter that they will be attending their matches in Arena Națională for the main event.

Invictus Gaming had a fantastic performance during the group stage, achieving top seeding with a score of 14-2. They will face off against Team Spirit in the first match of the upper bracket.

Team Aster announced on October 1 that all players and team staff onsite had tested positive for the virus. While most of the team was able to recover sufficiently in time to play their matches, Liu “White丶Album_白学家” Yuhao had to miss the first day of the tournament.

White丶Album_白学家‘s situation improved as the group stage went by. On October 11 all members of Team Aster tested negative for the virus.

Valve requires teams to submit two consecutive negative results in order to play in Arena Națională. If Team Aster tests negative again on October 12, they will play their match against Quincy Crew in the Arena.

UPDATE: It has been confirmed that all of Team Aster has tested negative twice and will attend their match at the Arena.