Team Aster’s White丶Album_白学家 will miss the first day of TI10

We wish White丶Album_白学家 a speedy recovery. 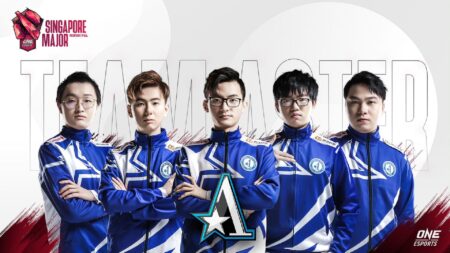 Team Aster announced on their official Weibo account that their midlaner Liu “White丶Album_白学家” Yuhao will not compete on the first day of The International 10 (TI10) due to health reasons.

The International is Dota 2’s biggest tournament with a prize pool of US$40 million. It is currently held in Bucharest Romania, and will feature the best 18 teams from around the world.

Coach 86 will stand-in for Team Aster while White丶Album_白学家 recovers

White丶Album_白学家 is not the only member of Team Aster who has been infected with COVID-19. The organization reported that all their players and staff onsite had tested positive for the virus.

Team Aster announced that White丶Album_白学家 is still suffering from the effects of the virus, and that while his status is improving, he would be unable to compete at his peak performance, and requires more time to recover.

Chen “86” Yuxuan is a former pro player in the Chinese scene who retired and turned to coaching four years ago. Though his Dotabuff account has not been updated in nine months, it shows that he is in the top rank 350 in China.

86 is in a situation that only one other player had to face in the history of The International. Topson also made his debut at The International when he had to play for OG after last-minute roster changes, and he went on to win the biggest esport tournament in the world. Twice.

Will 86 have a similar Cinderella story?

READ MORE: BSJ believes this hero will be the strongest carry at The International 10