Despite losing its best players in the player shuffle, SAG is back to compete. 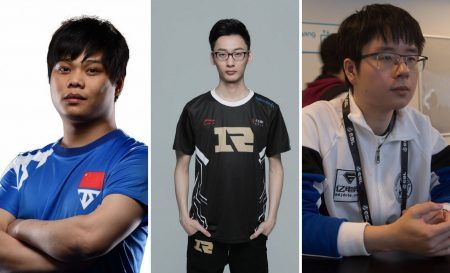 Sparking Arrow Gaming (SAG) has revealed a new roster after most of the players from their previous squad were moved to different teams in the first major roster shuffle to hit the Chinese Dota scene this season.

SAG announced in a post on their official Weibo page that only position 4 support player Xue “September” Zhichuan has remained from their previous roster.

Ou “Op” Peng remains on the organization, but he has retired from playing and will instead be the new team’s coach.

Su “Flywin” Lei, who came to SAG in the deal for God King, will take over the offlane role from Op. Finally, position 5 support player Xiao “XCJ” Chaojian joins SAG on a trial basis to round out their new squad.

“We welcome the new players to our team and we hope they can work on establishing synergy as soon as possible and get outstanding results at the China Dota 2 Pro Cup. We also hope OpGod can adapt to his new identity as a coach and deliver better results with the team,” SAG said in their announcement.

SAG will debut their new lineup in the China Dota 2 Pro Cup Season 1, which starts on September 17 and will be the first major offline Dota 2 LAN event since the COVID-19 pandemic and community quarantines started.