The TI10 battle pass, however, will still be released this year. 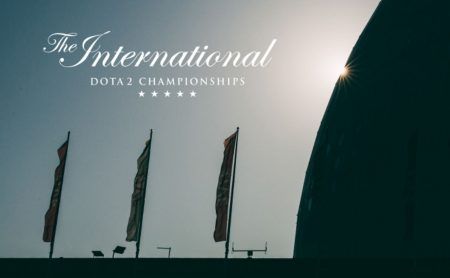 Valve has announced that The International 2020 (TI10) will be delayed indefinitely due to the ongoing COVID-19 coronavirus pandemic.

The developer added that it is unable to provide definite rescheduled dates for the event in the near future, “given the highly volatile landscape for local gathering restrictions, virus trajectory, and global travel policies.”

The International is Dota 2’s annual marquee tournament that also serves as the conclusion of each season of the Dota Pro Circuit (DPC). Since the event was first held back in 2011, it has broken the record for the biggest prize pool for a single esports tournament with every successive iteration.

Last year’s event, TI9, notably had a prize pool of US$34.3 million, with the grand prize of US$15.5 million going to back-to-back champions OG.

Even if TI10 has been delayed to next year, Valve said that they will still be releasing the event’s accompanying Battle Pass. As with previous iterations of the event, TI10’s prize pool will be increased by 25% of the total sales of its Battle Pass.

The TI10 Battle Pass will be released at least a couple of weeks later than usual, however, as the developers are working from home as a result of the pandemic.

The DPC was ground to a halt by the coronavirus pandemic in March with the cancelations of the ESL One Los Angeles Major, which was originally set to run from March 15-22, as well as the DOTA PIT Minor and EPICENTER Major, which were both originally scheduled for this month.

The competitive Dota 2 scene has since then switched to holding online tournaments to keep competition going amidst the pandemic.

Valve has yet to address the issue with qualifications for TI10, however, as only two Majors have been successfully held and able to give away DPC points, which determined which teams would gain an invite to the event.

The developer is expected to tackle this once it gives more information regarding the restructuring of the last leg of the DPC.

“We hope everyone in the Dota community is staying as safe as possible, and look forward to a time when we can once again welcome everyone to enjoy the spectacle of The International,” said Valve.