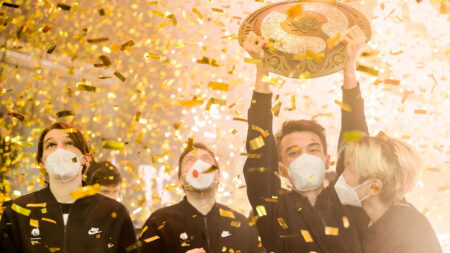 MENA esports organization Galaxy Racer is hosting a AED 1 million (US$272,200) LAN tournament for ten of the top Dota 2 teams in the world, including The International 10 champion, Team Spirit, and TI8 and TI9 champion, OG Esports.

The tournament, Gamers Galaxy Dota 2 Invitational Series Dubai 2022, running from March 2 to 6, will not feature a live audience.

Participating teams will play behind closed doors in Dubai Studio City to “ensure that all players and staff are able to compete in a safe environment”.

The ten teams will be split into two groups of five for the group stage, playing a best-of-one round robin.

The top two teams will be seeded directly in the upper bracket semifinals, while the bottom team will be eliminated.

Third and fourth place teams will play an additional best-of-three, with the winner seeded to the lower bracket. Only six total teams will participate in the playoffs.

The tournament will be played on the new Dota 2 7.31 patch. This will be a nice precursor for fans and teams to watch the new update in action before the Dota Pro Circuit 2021/2022 resumes March 14.

More information about the event can be found at the official Gamers Galaxy site.