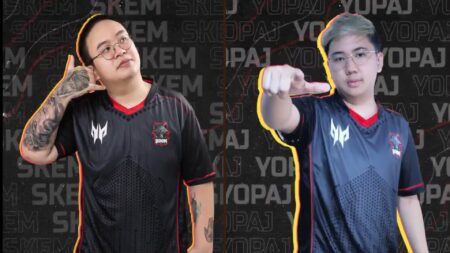 BOOM Esports has been busy getting their roster ready for the next DPC season.

With the addition of skem and Yopaj from the Philippines, it’s the first time BOOM Esports is expanding beyond their shores.

Previously, OB.Neon was also a team that focused on recruiting local Filipino talent until Ravdan “Hustla” Narmandakh from Mongolia joined in August 2021.

There are still two positions in the Dota 2 roster left to fill. Skem’s role in the team hasn’t been announced yet either. While he played carry previously, Skem has also shown interest in playing support.

READ MORE: Ranking all tier one neutral items in Dota 2 patch 7.30 from worst to best