NAVI has ten days to find a new offlaner. 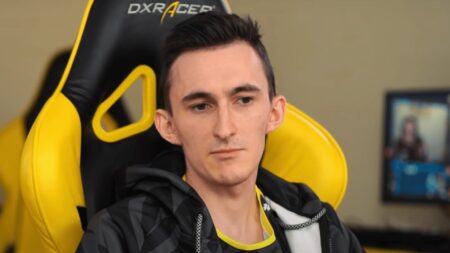 Offlaner Viktor “GeneRaL” Nigrini and head coach Ivan “Artstyle” Antonov will no longer be part of the NAVI Dota 2 team.

Artstyle will remain with the organization, however. For GeneRaL, this concludes his third separate stint with NAVI, after joining the organization in 2016, 2020, and 2021.

“Placing fifth in the CIS region is not the result we were after as a team,” Solo said. “We messed up the first season and it didn’t go as planned.”

NAVI placed fifth in the Dota Pro Circuit 2021/2022 Eastern Europe Division I Tour 1 with a 3-4 record, missing out on the Winter Regional Finals. The team also placed joint-fifth in the Dota 2 Champions League season seven, winning just one series in the playoffs despite a direct seed.

Solo said that Navi will be looking for “an offlaner who will primarily be creating space,” to mesh with Alik “V-Tune” Vorobey and Vladimir “No[o]ne” Minenko’s “pretty greedy” playstyles.

“GeneRaL is a great teammate and I think nobody has any doubts about his offlane skills,” Solo said. “We have totally different views on the game… this was the most obvious reason for this decision to make the change.”

The roster lock is on February 27, which gives Na’Vi ten days to find a replacement for GeneRaL.

The next tour of DPC 2021/2022 EEU will start March 17, running till April 22. The next season will see CIS Rejects promoted to the divison, fielding several of Solo’s and No[o]ne’s former Virtus Pro teammates.