Every first-ever milestone at TI10 that made Dota 2 history

There’s a whole lot of it. 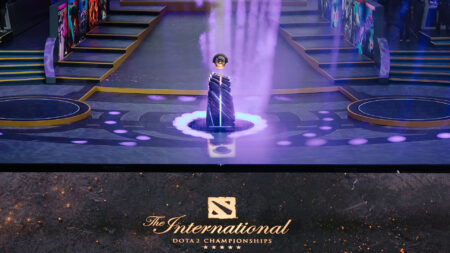 The International 10 was the biggest Dota 2 event we’ve seen in quite some time. Even though it was the 10th of its kind, there were so many first-ever milestones at TI10 that made the tournament much more memorable.

It’s been just over a week since The International 10 concluded, and Dota 2 fans are still reveling all the amazing storylines they’ve witnessed.

Out of all the 338 tournament matches played, and two entertaining show matches from TI10, here are all the first-ever milestones that went down in the history books.

Complete list of first-ever milestones at The International 10 (TI10)

After 10 years of TI competitions, the Aegis of Champions was finally lifted by Russian nationals.

Team Spirit upset the top Dota 2 teams in the world and were crowned TI10 champions by defeating PSG.LGD in a thrilling 3-2 grand final series.

The incredible milestone shined the spotlight back on the CIS region, and they were even praise by world leader and Russian President, Vladimir Putin.

Team Spirit’s carry player, Illya “Yatoro” Mulyarchuk, put together a historic performance as the only Dota 2 player with three Rampages on The International’s main stage.

Yatoro reached an incredible milestone in his career when he earned two Rampages against Invictus Gaming during their upper bracket quarterfinal and lower bracket semifinal matches.

The 18-year-old carry player then scored his third Rampage in the lower bracket final by decimating Team Secret on Sven.

Michelle “Moxxi” Song became the first woman to ever play-by-play cast a series for The International’s English broadcast. Together with her co-caster Kevin “Purge” Godec, the duo provided great insight on Team Secret and Invictus Gaming’s upper bracket semifinal match.

The match was originally scheduled to be cast by Austin “Capitalist” Walsh, who was pulled off from the caster schedule because he felt ill before the broadcast.

Continuing the trend of breaking barriers and reaching milestones, Mira “Ephey” Riad became the first woman to play on The International’s main stage during the tournament’s entertaining All Random Deathmatch showcase between English and Russian broadcast talent.

Despite having no live fans in the midst of a global pandemic, TI10’s opening ceremony still impacted the Dota 2 community in epic proportions. International musical artists JJ Lin and Lindsey Sterling’s combined performance totally delivered in their first-ever collaboration, together with world-renowned DJ Darude.

These two incredible artistes have performed in previous Dota 2 events. JJ Lin put on a Dota 2 concert alongside musical composers Tim Larkin and Tommy Tallarico during the Shanghai Major in 2016. Later that year, Lindsey Sterling performed in the opening ceremony of TI6 while cosplaying as Windranger.

Former TI1 champion with Natus Vincere and the current leader of Team Secret, Clement “Puppey” Ivanov, became the first-ever Dota 2 player to compete in every TI at TI10.

He surpassed his former teammate, Kuro “KuroKy” Takhasomi, when Nigma Galaxy was unable to qualify for The International 10.

South American Dota 2 squad Thunder Predator had the most challenging time in TI history after the team failed to secure a single victory at TI10, which made them the first-ever team to go 0-16 during the group stage.

Due to the ongoing COVID-19 global pandemic and rising positive cases in Romania weeks before the tournament, Valve announced that TI10 would not have a live audience in order to ensure the health and safety of all the players, staff, and talent.

READ MORE: Fng and Limmp are no longer part of Alliance’s Dota 2 roster