How does IceFrog come up with some of these reworks? 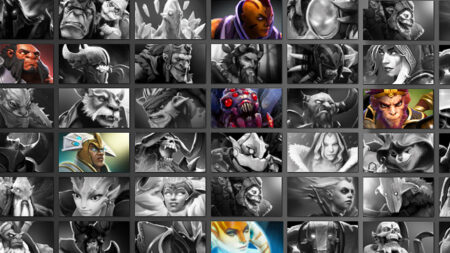 Valve promised a patch right before The International 10 and they certainly delivered with the latest major update.

Some are far more game changing than others. Here are all 15 skill reworks and what they mean for the affected heroes in Dota 2 patch 7.30.

A significant upgrade from Anti-Mage’s old shard — which only buffed his Blink — spellcasters will loathe their games with his newly reworked Counterspell shard.

The magic damage reduction is a flat 10% and 30%, which is huge in the long run against heroes such as Leshrac, Lina, and Storm Spirit who primarily deal magic damage. On top of that, it also reduces pure damage spells.

While it’s the end of the carry Axe era in competitive, it’s certainly not the last time we’ll be seeing this hulking red warlord in our pub games.

His shard rework now applies a stacking debuff that reduces all sources of attack damage by 20%, which includes base and bonus attack damage. Even if your carry has a Divine Rapier, Axe will have your carry hitting for absolutely no damage at five stacks of his brand new debuff.

The snares themselves are great for not only trapping unsuspecting heroes, but also provide intel on where everyone is currently on the map. Brood’s new Scepter will be devastating in lineups that aim to control their opponents movements.

Needing a lot of love from the Frog, Chen is the only hero to receive two reworks with the hope that they may put him more in line with current meta support picks.

Gaining his old Scepter effect as a shard, which is now a strong dispel with Scepter Hand of God, Dota 2 patch 7.30 has Chen looking more enticing as a defensive support hero.

The dispel alone can be game changing, since it applies to your entire team, allowing them to break free from a stun lock early, and even dispel hexes.

The downside to these reworks is that Chen will only gain access to these spells later in the game. Time will tell if Chen can finally relive his glory days as a top support pick.

Gyrocopter’s latest shard rework is probably one of the strangest ones yet.

Nowadays, Gyrocopter is typically built with physical damage in mind to prepare for the late game. This means that his mid game damage output predominantly comes from his skills.

The shard rework suddenly made Homing Missile a threatening ability, because in the past, heroes could simply kite the missile whilst hitting it. Now with the Barrage damage, teams will need to prioritize destroying the missile, or risk being melted.

At the cost of losing his Poof shard upgrade, Meepo gained an even more annoying skill for players to deal with in Dota 2 patch 7.30.

Pretty much a cheap offensive Blink Dagger, Divided We Stand now allows Meepo to throw his clones at targeted heroes in a huge radius for 100 damage, and a whopping 50% slow.

What the skill doesn’t tell you is that the slow debuff lasts for three seconds, and can be refreshed if another Meepo is thrown at the target.

Keep in mind that this spell can be disjointed with the likes of a Blink Dagger.

Dota 2 patch 7.30 just made Mischief that much stronger.

A mini Phase Shift in the grand scheme of things, Monkey King is going to be as slippery as ever once he gets his hands on a shard in his games.

Song of the Siren

Healing Song of the Siren is back from the brink in Dota 2 patch 7.30.

An Aghanims Scepter upgrade eons ago, this rework probably won’t bring Naga back as a common support hero, but when used situationally, will be a huge pain to deal with, especially during drawn out team fights.

Having the ability to control the flow of the team fight whilst healing 35% of your team’s max HP during a full song is pretty good for only 1,400 gold.

Just when you think Shadow Fiend is gone for good, he’s handed even more damage options on a silver platter.

Expect shard to be a core item on Shadow Fiend going forward in Dota 2 patch 7.30 due to the sheer value it gives in the Necromastery upgrade.

A guaranteed 170% critical hit every three seconds tied with Shadow Fiend’s high base damage means a whole lot of pain for the poor soul who ends up being his victim. Best of all, it doesn’t take up an item slot.

One of the more obscure buffs this patch, Spectre’s shard upgrade is surprisingly good.

Compared to her old Dispersion shard upgrade which spawned a single Haunt illusion, Spectre’s new shard in Dota 2 patch 7.30 is going to cause a lot of issues for teams playing against her.

Dealing with one Spectral Dagger is a pain already, but now that up to three can be on the field of battle at any time, Spectre gains a lot of freedom of movement whilst at the same time hindering where her opponents can run.

Tusk players are in for a treat with his latest shard rework in Dota 2 patch 7.30.

The Frog dumped Tusks old boring shard which granted him his old Frost Sigil for a big upgrade to his Ice Shards, which better suits Tusk’s in-your-face playstyle. Unless equipped with a natural escape mechanism, most heroes are going to have a lot of trouble escaping a perfectly landed Ice Shard.

Players now have even more travel options with the Uberlord himself.

Underlord gained a new spell called Fiend’s Gate when equipped with Aghanims Scepter, which allows him to spawn a portal for himself and his teammates to use.

Though a nifty skill, Underlords in Dota 2 patch 7.30 probably won’t opt for an Aghanims Scepter until after completing his core item build, since the Scepter itself is a very big investment.

As an added bonus, the portals themselves have a rather large capsule size, and can block narrow pathways if placed properly.

Even a walking corpse is worthy of some love here and there.

A very niche hero pre-patch, Undying’s shard rework aims to strengthen his main role as an early to mid game monster. The cooldown reduction to Flesh Golem in Dota 2 patch 7.30 allows Undying to fight much more frequently whilst the zombies he spawns on hit will make up for his average damage output.

The downside is his rework does absolutely nothing to fix up his terrible scaling. Is it enough to revive Undying in the competitive scene?

As her name implies, Windranger can now control the wind with her latest shard rework in Dota 2 patch 7.30.

Losing her long range insta-kill Powershot in exchange for some massive crowd control in Gale Force, we may see a lot more Windranger in the future.

The scary thing about Gale Force is that the AoE is huge. It also has a lot of potential synergy with other crowd control spells like Black Hole and Pit of Malice, and can be cast from anywhere on the map thanks to its global ground targeting. Targets caught with a Shackleshot, or any disable really, can be blown around by Gale Force too.