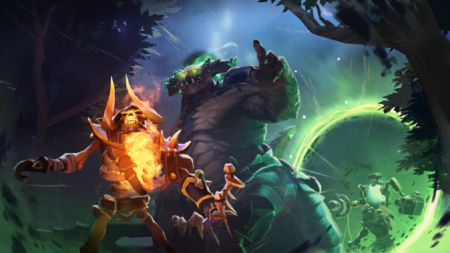 Dota 2 patch 7.30 dropped this morning and includes a ton of changes, from gameplay updates and item updates to multiple hero reworks.

Three items have been reworked to have different components. Helm of the Overlord now requires a Vladimir’s offering to be built. Mage Slayer now uses an Oblivion Staff along with being 800 gold cheaper.

6. Roshan no longer drops Cheese on his second death

The big power spike for teams has been the second Roshan kill. It gives them Aegis, Cheese, and a free Shard.

This change means teams won’t benefit as much from this power spike, it’ll also make going high ground riskier for attackers. We can expect a few more comebacks thanks to this change.

5. Seven neutral items have been removed

The following neutral items have all been removed.

One of the issues with neutral items was the big disparity in strength between them. Some Neutral items were underwhelming compared to their game-changing counterparts.

Having five neutral items per tier will help teams have a more balanced distribution of items. It also means every player will have a neutral item from the seven-minute mark.

The biggest carries in patch 7.29 have all been nerfed. Luna, Terrorblade, and Medusa have all taken a hit with the nerf stick. This is an expected change considering how popular these three heroes were.

Time will tell if pros will continue to pick them or try out some newly buffed carries like Anti-mage and Faceless Void.

2. The healing meta has been hit hard

Patch 7.29 saw a big increase in popularity among healing supports. The most popular two healers being Winter Wyvern and Phoenix. IceFrog decided to nerf the heroes directly instead of nerfing Holy Locket, a core item for both heroes.

Both heroes also received other nerfs as well. While it’s likely they will remain staple picks, they won’t be as overpowered in patch 7.30.

Since the introduction of Aghanim Shard in patch 7.28, every patch has had multiple hero shard reworks and patch 7.30 is no different. 12 Heroes have had complete Shard reworks while multiple others have been heavily changed.

Along with many ability reworks, this will introduce massive changes to the meta. It’ll take a while before players settle into the latest Dota 2 patch.

READ MORE: Is Hand of Midas screaming for a big buff in Dota 2?