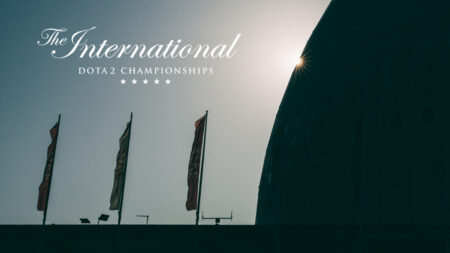 The International 10 is set to take place on August 5 in Stockholm, Sweden, which was announced today on Valve’s official Dota 2 blog post.

With the Aegis of Champions in play once more, The International 10 succeeds the 2021 DPC season, gathering the best teams from around the world to compete for an impressive and record-high prize pool of US$40,018,195.

“As we continue to plan the event around the shifting landscape presented by the ongoing global pandemic, our focus remains on finding ways to hold a high-quality tournament in the safest way possible,” explained the developer. Further details regarding attendance options can be expected in June.

Valve has confirmed that The International 10 will begin with the Group Stage on August 5 to 8.

The Main Event will then run from August 10 to 15. The top two teams will battle it out in the Grand Final for the TI10 championship.

The developer teased that it’s “perfect for showing off allegiance in and out of the lanes.”

Content for Supporters Clubs will be provided by the featured teams. 50% of all sales will go directly to the teams whose bundles you select. Valve will adding content for 17 teams for a start, with the promise of more content later on.

Furthermore, each team will offer three bundles for fans to choose from. The Bronze Club includes a badge for your favorite team; the Silver Club includes sprays and emoticons; and the Gold Club includes a special in-game HP-bar badge, loading screens, and voice lines.

This new content is said to last until The International 10 commences. In future seasons, it will last through each respective Major.

“We’ve previously mentioned our aim to deliver content on a more regular schedule throughout the year rather than drop everything during one period for the traditional Battle Pass,” Valve wrote.

“With that in mind, this year’s slate will continue to look a bit different than in the past.”

Valve is expected to run two separate events over the coming months, instead of a single overarching summer event.

The first new event will begin in mid-to-late June, and the second will follow once TI10 has concluded.