As the DPC 2021 Regional Leagues kick-off, BOOM Esports is poised to take the next step

Captain Khezcute believes the team is ready for 2021. 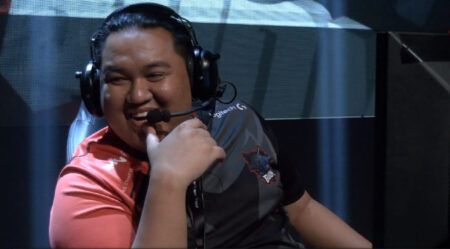 The team has come a long way since first forming in 2017, and are now a top-seeded contender in the upper division of the Southeast Asian region.

BOOM Esports first emerged as Indonesia’s premier Dota 2 squad four years ago. The Indonesian organization set its sights on regional competitions and showed great promise with a runner up finish at the Asia Pacific Predator League in 2018 and 2019.

BOOM Esports continued to build on their successes and through their hard work and dedication, they made it to the StarLadder Season 3 Minor at the start of 2020.

In the team’s DPC debut they faced top-tier competition for the first time, and managed to finish in fourth place with wins over North America’s business associates and CIS’ forZe.

Unfortunately, the team’s momentum was halted due to the COVID-19 global pandemic that forced the 2019-2020 DPC season to be postponed. This shifted Dota 2 competitions into online regional leagues and caused different organizations to restructure their rosters.

While BOOM Esports remained busy in 2020 putting together several impressive tournament results in the various online leagues they competed in, the cancellation of the DPC certainly affected their growth as a team.

“To be honest, we were disappointed when the COVID-19 pandemic stopped the 2020 DPC. At that time, BOOM Esports had good momentum because it achieved good results from the Minor tournament,” BOOM Esports team captain Alfi “Khezcute” Nelphyana told ONE Esports.

Rather than simply wait for the DPC to commence again, the organization strove to keep improving and decided to enlist Canadian coach Aaron “Clairvoyance” Kim to help the team improve further. Clairvoyance has been a coach since 2017 and previously coached VGJ.Storm, Mineski, and Ninjas in Pyjamas.

Clairvoyance’s main objective for the team is to get them ready for international competition by qualifying for the first DPC 2021 Major on March 25. Much like how Park “March” Tae-won turned TNC Predator into an international powerhouse team in 2019, Clairvoyance looks to refine BOOM Esports’ talented Dota 2 roster into international contenders.

The other big change BOOM has made for 2021 is the addition of Andrew “Drew” Halim, who replaced long-time carry player, Randy “Dreamocel” Sapoetra.

Dreamocel was one of the original members of the team back when it was first formed under the BOOM ID banner. However, the team saw an opportunity in recruiting the talented young up-and-comer who was previously part of Reality Rift’s Dota 2 roster.

As the youngest player on the squad, Drew is open to learning new strategies and playstyles with BOOM. Khezcute also emphasized that during the team’s preparation for the DPC 2021 season, they’re looking at “studying the new patch (patch 7.28) and finalizing synergies with the new carry, Drew.”

With their 2021 campaign about to kick off, Khezcute is confident in the team’s abilities and has appealed to all fans, “Please support us in any situation so that BOOM Esports can keep going. We think all the changes that have occurred in our team have put us on the right track.”

Make sure to tune into DPC 2021’s upper-division where BOOM Esports will compete against seven other teams as they aim to qualify for the first Major.

BOOM Esports will go up against Neon Esports on January 20 at 7:00 p.m. GMT+8. Fans can watch the live broadcast on PGL’s official stream.