Will VP dominate another DPC season? 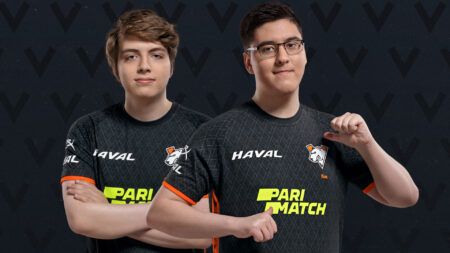 In this article, we are discussing the CIS region, which has a few notable contenders in both the upper and lower divisions. We’ll recap each team’s most recent tournament performances and talk about the teams that made it through the closed qualifiers.

The four teams that were given direct invites to the CIS upper division are Virtus.pro, Natus Vincere, Team Spirit, and Live to Win. Similar to the previous region’s invitees, these teams showcased the best tournament results during the DPC hiatus.

Many teams struggled in 2020 with no DPC events leading up to The International, which is why a good number of them went through roster changes during the offseason. In the CIS region, the player shuffle was even more rampant.

All four invited organizations will feature new lineups. Virtus.pro disbanded its squad of veterans and signed the young VP.Prodigy which won the incredibly stacked EPIC League tournament. Natus Vincere, on the other hand, just signed their new roster in the tail end of December last year, and managed to win the OGA Dota PIT Season 4: EU/CIS.

Meanwhile, Team Spirit opted to pick up the Yellow Submarine stack in late December last year. Then we have the Live to Win squad, which features known CIS players like Akbar “SoNNeiKO” Butaev, and their newly signed carry player, Kiyaylbek “dream`” Tayirov.

Joining the invited teams are Team Empire, NoTechies, EXTREMUM, and NoPangolier — four teams that earned a spot in the upper division through the closed qualifiers.

The team fans should keep their eyes on is the NoTechies stack because it features some of the biggest names in the CIS. They have former Virtus.pro team captain Alexey “Solo” Berezin, and ex-Na`Vi star player Vladyslav “Crystallize” Krystanek.

The lower division teams include some noteworthy rosters that emerged from the decider tournament. B8, Winstrike Team, HellRaisers, and Gambit Esports all have potential to advance to the upper division at the end of the season.

Finally, we have PuckChamp, Imperial Pro Gaming, Team Generation, and XactJlepbI — the four teams that entered the lower division through the open qualifiers. Out of these teams, fans should follow XactJlepbI closely because their roster includes former Na’Vi members Gleb “Funn1k” Lipatnikov and Idan “MagicaL” Vardanian.