Time to order a green tracksuit. Netflix’s Squid Game took the world by storm in 2021, captivating audiences with a fictional game show that kills contestants upon failing a challenge. The series was such a massive hit that Minecraft modders, Genshin players, and YouTuber Mr.Beast made their own versions.

Following the success of the K-drama, Netflix has greenlit “Squid Game the Challenge”, a reality show that will feature contestants from all around the world.

Netflix announces Squid Game the Challenge, a reality show based on the hit K-drama 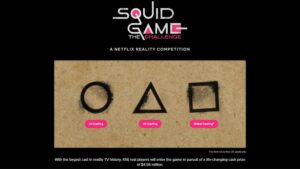 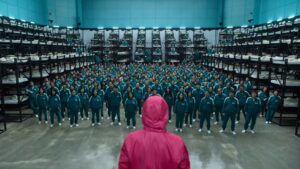 Netflix tweeted about the new project on June 15, and provided a link to the official website, where you can sign up to be a part of the US, UK, and global casting of the reality competition if you are an English-language speaker.

Similar to the fictional show’s format, Squid Game the Challenge will feature 456 players that will battle it out for the cash prize of US$4.56 million.

While fans of the show might not be too keen to sign up for Squid Game the Challenge, Netflix said that the worst fate that a contestant will face is “going home empty-handed”.

For more information about Squid Game the Challenge, you can check out the official website.