We’ll take one of his swords, please. HoYoverse’s open-world role-playing game (RPG) Genshin Impact is known for its colorful four-star and five-star characters such as Klee, Zhongli, and Arataki Itto. Genshin cosplays are truly all the rage nowadays because of these eye candy and lovable characters from Teyvat.

Aside from these vision-holders, there are some notable non-player characters (NPCs) that players have encountered from quests and commissions. One of these NPCs is Wagner, the mighty blacksmith from Mondstadt.

You can even spot sweat dripping down his chest, a reflection of Wagner’s hard work and dedication as a blacksmith.

He also had a custom beard and mustache made just for the Wagner cosplay. 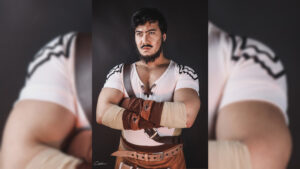 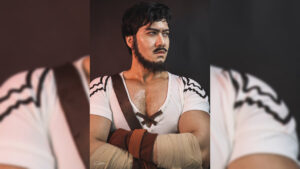 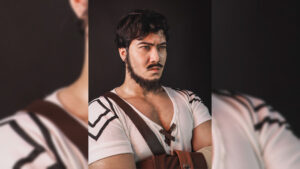 “I can’t wait to do more Genshin Impact cosplays, especially the NPCs,” he wrote on his Instagram account.

Which Genshin Impact NPC should he cosplay next? Some of the most memorable ones on our list are the merchant Liben, the Sangonomiya Samurai Teppen, and Bubu Pharmacy’s owner, Baizhu.

Aside from Wagner, Prince has cosplayed Tartaglia’s Delusion form from the Enter the Golden House domain.

He is known for his insane cosplay transformations featuring popular horror movie characters such as It’s Pennywise, The Nun’s Valak, and Game of Thrones’ The Night King.

You can check more of his spine-tingling cosplay transformations on his Facebook page, Prince De Guzman Transformations.