J-pop star Akase Akari seems to have a major crush on the Jujutsu Kaisen 0 movie protagonist, as seen in her Maki Zenin cosplay.

The My Dress Up Darling singer is known for her adorable anime and video game cosplays. This time around, she dresses up as the cool, badass supporting character from the series.

Together with the help of her photographer, Okada P, Akari relived the events of the Kyoto Goodwill Event Arc by taking a photo near a river. During this arc, Tokyo and Kyoto Jujutsu High students faced each other in a series of jujutsu challenges.

Despite not having the ability to see curses, Maki remains to be a powerful jujutsu sorcerer with her insane physical strength and weapon mastery. She is dubbed the best cursed tool user at Tokyo Jujutsu High for being able to wield a wide array of weapons. 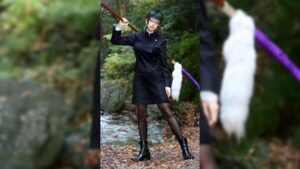 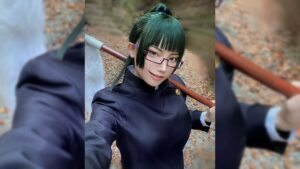 The singer rose to fame after performing “Koi no Yukue”, the ending song of the My Dress Up Darling anime. She captured the hearts of many weeaboos after cosplaying as the series’ protagonist, Marin Kitagawa, in the song’s official music video.

READ MORE: Best quotes from JJK 0 that speak directly to your heart