Here’s our first look at the game’s visuals. Are you ready to fight cursed spirits on your smartphone? The brand new Jujutsu Kaisen game will let you experience the popular anime on a new medium!

Here’s everything you need to know about the new Jujutsu Kaisen mobile game, including its release date, gameplay, and registration.

After Demon Slayer and One Piece, the hit shounen anime Jujutsu Kaisen is also entering the gaming world to bring fresh content to its growing fanbase.

The animated series’ official mobile game Jujutsu Kaisen Phantom Parade will be a free-to-play RPG title developed by Sumzap, the developers behind the KonoSuba game, another anime series that was adapted into a video game. 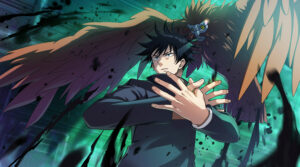 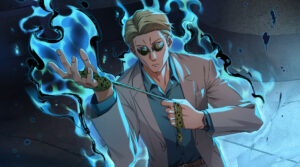 The first-year students of the Tokyo Jujutsu High Yuji Itadori, Megumi Fushiguro, and Nobara Kugisaki have been confirmed characters of the Jujutsu Kaisen game.

Of course, the kids would be needing some guidance from their mentors Gojo Satoru and Kento Nanami, who will also appear alongside the trio.

The series’ voice actors will reprise their roles to bring some iconic anime lines in the RPG title.

To further hype fans, MAPPA and “Kaikai Kitan” singer EVE released the game’s opening movie featuring all the characters in the anime series.

The Jujutsu Kaisen mobile game is already slated for release on Android and iOS users in Japan later this year. A global release will most likely follow, given Jujutsu Kaisen’s international success.

Players can pre-register ahead of the game’s release on Google Play Store.

Jujutsu Kaisen is one of the hottest anime shows right now, revolving around high school student Itadori Yuji, who finds himself in the middle of a waging war against cursed spirits after swallowing a cursed talisman.

Jujutsu Kaisen can be streamed on Netflix along with some other noteworthy anime series.