Who’s better when it comes to mobile MOBA? 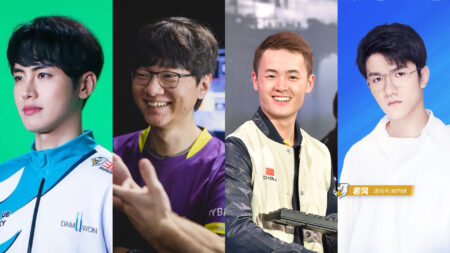 The last time that we saw these two major leagues clash was at the 2020 Mid-Season Cup where LPL team Top Esports emerged as champions.

What is the Wild Rift Rivals 2021: LCK vs LPL Invitational?

This Wild Rift tournament will run for four days starting on August 11 and ending on August 14. (All times and days are in GMT+8.)

Format of the Wild Rift Rivals 2021: LCK vs LPL Invitational

The tournament will start with a showmatch between LCK and LPL representatives in a best-of-five series. It will be followed by the Main Match, which will be played in a best-of-three format.

A total of three rounds will be played during the Main Match. Every LCK team will play one match against an LPL team.

The Final will be a best-of-five series.

While all T1 Wild Rift members are in the Challenger tier, fans should watch out for the team’s Baron laner Park “JJong” Kyung-min who’s known as a solo-kill machine.

KT Rolster was the first esports organization to establish a Wild Rift team in South Korea. Their playstyle includes ending the game quickly.

Meanwhile, all participating LPL teams in the tournament have been featured at the 2021 LPL Warm Up Cup.

Where to watch the Wild Rift Rivals 2021: LCK vs LPL Invitational?

You can watch the LCK vs LPL Invitational on Wild Rift Korea’s YouTube channel. Follow Wild Rift, LCK, and LPL on social media for more updates.