Sentinels, 100T, and more predict who will get out of Masters Berlin Groups The best Valorant teams in the world are ready to compete in VCT Stage 3 Masters Berlin. Prior to the start of the tournament, Riot Games gathered most of the competitors for a pre-Masters press conference.

Each player representative was asked which team they thought would advance from their own groups and make it to the VCT Stage 3 Masters Berlin Playoffs.

Aside from choosing their own teams, they shared their predictions on who else would move forward.

All matches are best-of-three, with the top two teams advancing to the Playoffs. 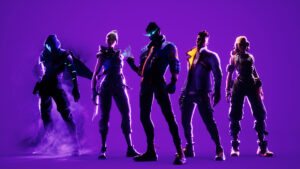 Havan Liberty, Zeta Division, and Crazy Raccoon were no present at the pre-tournament press conference.

Masters Berlin begins on September 10 with an opening match between SuperMassive Blaze and Acend at 9:00 p.m. GMT+8. Fans can watch the action live on Valorant’s official Twitch and YouTube channel.