How Riot is helping your shots feel more consistent in Valorant

God in one game, potato in the next. 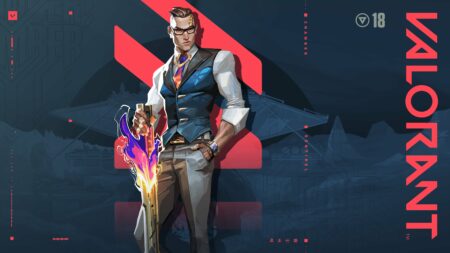 Valorant gameplay consistency has been a hot-button issue since the game launched back in 2020, with constant complaints about how “inconsistent” the shooter feels.

You could be one-tapping heads in one game, and suddenly be seemingly unable to land any of your shots in the next.

Elsewhere, players argue that those with higher ping have an unfair peeker’s advantage, where they see opponents holding an angle before the latter has any time to react.

Is it all in your head, or is there actually something wrong with the way the game registers your shots? Riot Games has been actively looking into the issue and auditing its core systems, and it remains one of the top priorities for the team.

In a recent developer update, Riot shed some light on the results of its investigation, and what it’s doing to improve Valorant’s gameplay experience.

On the latency front, one of the chief complaints is how the game still feels inconsistent even when measures like input and render latency, network round-trip travel time to server, and tick rates remain stable. That leaves two possible issues, namely, network buffering and network jitter.

Network buffering attempts to smoothen gameplay by introducing a small amount of delay before processing player input data to hide inconsistencies in how packets arrive.

On the other hand, network jitter refers to the variance in how long it takes sent packets to reach their destination. If jitter is high, the server needs to delay your inputs by a larger amount on average, because there are frequent, unpredictable gaps between one packet and the next.

The Riot team has identified a couple of minor improvements in these areas. At the moment, when network buffering jumps in size due to a network or performance hiccup, the system takes longer than ideal to recover.

During that short recovery period, players may temporarily experience higher end-to-end latency. This is most noticeable when alt-tabbing with background framerate throttling set to a low value. Riot will be implementing improvements to address this, so you’ll experience fewer unexpected increases in latency.

Secondly, Valorant minimizes network buffering where it can to keep input latency and your view of other players as close to real-time as possible. However, high jitter networks may encounter a cyclic pattern of latency adjustments every few seconds, where latency can feel inconsistent.

Riot says it is working on modifying buffering behavior to account for this and improve overall consistency.

Riot is also taking claims about high ping players having an unwarranted peeker’s advantage very seriously. One of the core tenets of the game’s design is that latency should not affect how you experience the game, so the team will be upgrading its internal tooling to measure the exact peeker’s advantage.

The developer will test various networking scenarios to exactly measure whether an aggressor’s high ping can have a noticeable effect on these values.

In addition, it will also review data from live matches to identify trends in how high ping impacts performance and match outcomes.

Riot will continue to publish the results of its findings when it has them. Moving forward, it plans to continue building out its internal testing capabilities to measure and improve Valorant gameplay consistency.

You can read the full developer update here.