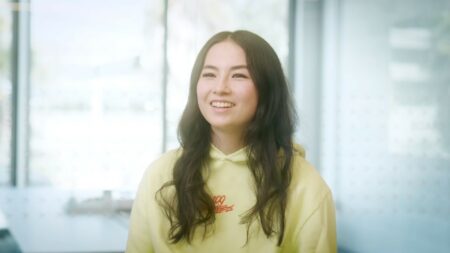 Filipino fans are about to get starstruck by one of the biggest streamers in the world.

100 Thieves’ content creator Kyedae Shymko will be a live guest at CONQuest Festival. The popular Twitch streamer will hold a meet and greet with her fans at the event, which is set to take place from July 23 to 24.

What is CONQuest Festival?

CONQuest Festival is one of the most renowned gaming and pop culture conventions in the Philippines. The event has featured prominent figures in the gaming, cosplay, and streaming community in the past, such as Gian “Gloco” Concepcion, Rikki “Riku” Quiapon, Darwell “Asurai” Llerena, Kang Dupet, and Suzzane “Suzzysaur” Ezra Irasga.

With the COVID-19 pandemic slowly subsiding, AcadArena, a leading organization for Campus Gaming and Esports Education in the Philippines and Southeast Asia, is finally ready to host the event this year.

While previous CONQuests events were held in Iloilo City, this year’s convention will take place in Metro Manila, at the SMX Convention Center in Pasay City.

The 100 Thieves content creator made the first announcement on her Twitch stream a month ago, saying that she would be attending a gaming event in July.

Kyedae even hinted that her partner, Sentinels’ Tyson “TenZ” Ngo, who is one of the best Valorant players in the world, might also attend the event.

“I don’t know if Tyson is going yet, but I’ll keep you guys updated closer to the time [of the event],” stated Kyedae.

The popular gaming couple has shown they have a fondness for Filipino cuisine and culture. Kyedae made the famous Filipino chicken adobo dish in her cooking stream with TenZ in the past. The couple was also fascinated by Team Secret’s Filipino dance entrances during last year’s Valorant Champions 2021 tournament. Kyedae even tried to teach TenZ the Otso Otso dance live on stream.

In addition to the announcement of Kyedae’s attendance, CONQuest is also hosting the grand finale of AcadArena’s Alliance Games, where campus esports athletes around the world will compete in Valorant, Call of Duty: Mobile, Mobile Legends: Bang Bang, Leauge of Legends, and Wild Rift.