Acend Club are the new kings of European Valorant

The “Titanslayers” are in turn slain! 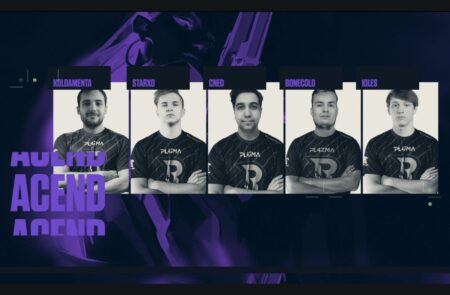 Heretics had previously taken down the titans of Europe, G2 and Liquid, at First Strike EU.

Heretics started strong on Ascent, calmly controlling the information game, but Acend gained momentum on their map pick, Bind. Heretics came back in top form on Haven, though the rounds drew closer and closer.

There were some amazing plays from Acend’s cNed on Jett, an undeniable star player of the series. Heretics’ nukkye and AvovA also had incredible performances, with Acend’s BONECOLD and Koldamenta standing out as well.

Everything came to a head on Icebox, a map that Heretics had never played in competition before. It was a map usually banned by Heretics, but favored by Acend. In addition, Heretics swapped out pAura for niesoW, using Rubino and lowel in an unusual double IGL lineup. While they proved to be a challenge for Acend, the younger team pulled out every trick they had in the book. They managed to take Heretics to overtime and took the map.

The usually calm and collected Heretics looked flustered on the final map Ascent. With Heretics’ confidence visibly shaken, the tide turned for Acend as they suddenly took round after round on their namesake map, eventually winning the series and the EU championship title.

In-game leader Koldamenta says that the overtime on Icebox was crucial to winning the series.

Acend, formerly known as Raise Your Edge Gaming in the EU circle, was brought together just a few weeks before the Valorant Challengers series began in January. Coach Nbs and IGL Koldamenta were in charge of putting a team together, and after a couple of weeks of rushed trials, they feel like the team found the perfect formula with its current roster.

“We were not trying to get the five best fraggers or the five best agents in Europe or anything like that,” Coach Nbs tells ONE Esports. “We wanted a team that can actually function as a team. Everyone has good chemistry. They like each other, they click with each other, and of course, everyone has talent.”

Acend have their eyes on Valorant’s world championship and won’t be slacking off after this first big win.

“I’m always going to be pushing,” says Koldamenta. “I’m going to make sure that everyone on the team is pushed to their limits every single time we play.”