How you can still win with Fahkumram in a patch 5.0 post-nerf era 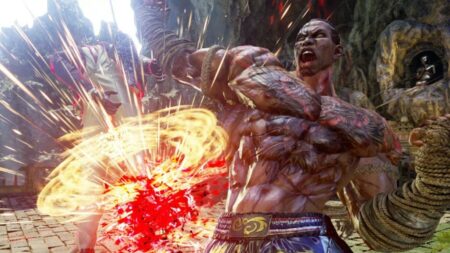 It has been weeks since the latest Tekken 7 update. Patch 5.0 was released on August 17 and a lot has changed. One character who received the short end of the stick is the once overpowered, Fahkumram.

The Roaring Sky was announced at the Tekken World Tour 2019 finals as the fifth DLC of Season 3. He officially became part of the roster in March 2020, and ever since his release, the meta has shifted in his favor.

His mix ups, cancels, and not to mention his charge up mechanic that results to devastating combos made Fahkumram a force to be reckoned with, so it’s not surprising that a lot of tournaments have been won thanks to this damage-dealing machine.

Over the past 2 years, the Roaring Sky has received a number of adjustments and nerfs to even the playing field and to make the game more enjoyable to his opponents. However, it wasn’t until Tekken 7 patch 5.0 did we really see some significant changes in his gameplay.

This is major change in Fahkumram’s gameplay as it introduces the new wall stun system. It tones down his wall game, as the last hit no longer guarantees a combo, but instead brings a 50/50 mixup.

Aside from the reduceed frame advantage on hit, the third hit, as well as the fourth, are open to most standard launchers on block. This means it’s no longer spammable, unless you want to get juggled.

The 12-frame counter hit launcher is no longer at his disposal, so he’ll be more reliant on standard pokes to interrupt aggressive opponents.

That 90+ damage combo after connecting the last hit has been removed from Fahk’s arsenal, making this string less scary.

Free Vicious Uppercut on a normal or counter hit no longer exists, although he still gets an 8-frame advantage on hit.

Yet another one his lows being launch punishable on block. Fahkumram players should now think twice when throwing low mixups, as the consequences could be dire.

This is a good whiff punisher, but Fahkumram users need to be extra careful now, since now launch punishable to most characters.

Although he still has other options, these Tekken 7 patch 5.0 adjustments will definitely change his gameplay. Are we going to see players jump mains?