How many slots is each region getting at the M4 World Championship? 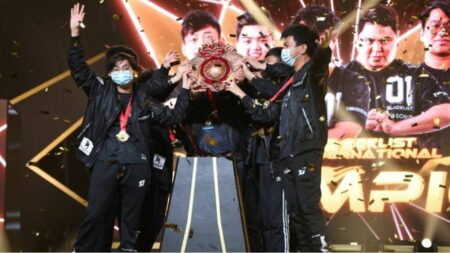 With the Mobile Legends: Bang Bang Professional League (MPL) playoffs on the horizon for most regions, more information has been unveiled about the upcoming M4 World Championship to be held in Indonesia early next year.

Moonton announced the number of slots each region will have in the tournament on Facebook, with slight changes from the previous year.

Here are the number of teams each region will have in the tournament.

For the first time in the M-Series, the Commonwealth of Independent States (CIS) will not have any representatives this season. Singapore will also only have one representative this year, unlike the previous M-series where they had two.

Regions that were absent from last year’s M3 World Championship, such as Myanmar and Mekong, will be competing this time around. They will each have one representative, which will be determined through a qualifier.

The winner will take home the lion’s share of the US$800,000 prize pool. At the M3 World Championship, the Philippines’ Blacklist International were the ones to win the crown, after sweeping regional rival ONIC PH in the grand final.

READ MORE: Stats prove this MPL PH import is the best jungler in MPL ID by a whopping 30%