The group stage will start on December 6. 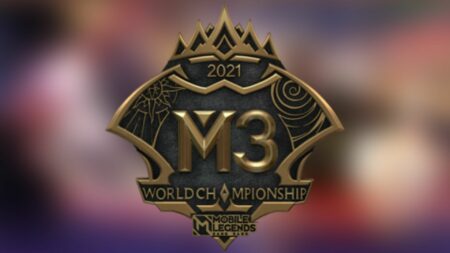 After the conclusion of ONE Esports’ MPL Invitational 2021, Mobile Legends: Bang Bang fans are in for another action-packed month.

Moonton has officially announced the details and schedule for the upcoming Mobile Legends: Bang Bang’s M3 World Championship, the third iteration of the tournament.

The tournament is split into two stages: the group stage and the playoffs.

16 teams have been divided into 4 groups, determined by the group draw held on November 6. These teams will compete in a single round robin best-of-one format.

The top two teams in each group will be placed in the upper bracket while the bottom two will proceed to the lower bracket.

All games in the upper bracket are best-of-fives, while the lower bracket will be played in best-of-threes until round three.

The games in the lower bracket starting in round three will be in a best-of-five format.

The grand final will be a best-of-seven series.

The group stage will run from December 6 to December 9.

The playoffs will take place from December 11 to December 18, and the grand final on December 19.

Here are all the participating teams in the tournament.

Here is the prize pool breakdown for M3.

Where to watch the M3 World Championship?