A lot of changes for this patch. 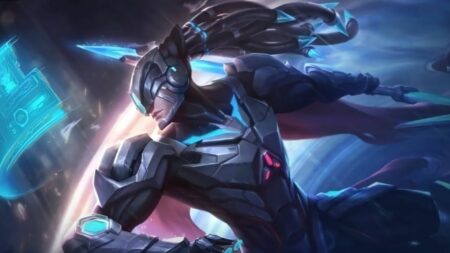 Mobile Legends: Bang Bang 1.5.88 patch is out, and it’s one of the largest patches this year. The patch includes roaming equipment changes and three revamped heroes as part of the Project: NEXT update.

During the “Dance of Blades” state, Karina’s next Basic Attack will be enhanced, with which she can charge at the target and slow them down. This state ends when the enhanced Basic Attack or Shadow Assault is cast.

In addition, Karina leaves a Shadow Mark on enemies hit by her Shadow Assault, and its cooldown is reset when a target with a Shadow Mark dies.

The Golden Staff will transform into a Doppelganger at the end of its path if no heroes or creeps are hit.

When it reaches the destination, he catches it and reappears. Hitting an enemy hero on its path will end its flight and make Sun appear. This skill is learned together with his Skill 1, and shares the same cooldown and skill level bonuses.

You can check out Mobile Legends: Bang Bang’s official Facebook page for more updates on the 1.5.88 patch.

READ MORE: This is why Gloo was the most-picked tank at MSC 2021